A test check revealed that CAMPA fund was misused for construction of community hall, assistance to a local club, distribution of sewing machines and other activities. 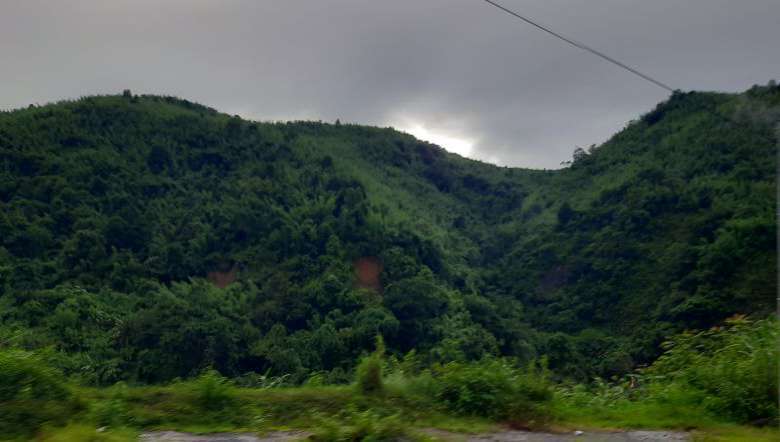 Serious allegations and an audit report point to large-scale irregularities of CAMPA fund in Manipur. It has been alleged that the state forest department has failed to execute extensive afforestation work under the CAMPA scheme. And the fund duly sanctioned by the Central government has been misused in the name of developing infrastructure and other activities, according to an audit report.

It may be noted that the Compensatory Afforestation Management and Planning Authority or CAMPA was introduced in the country by the Environment and Forests Ministry following the Supreme Court order to manage the fund. And the CAMPA Act was passed in 2016.

The CAMPA fund is to be utilised for compensatory afforestation, wildlife management, forest fire-prevention, soil and moisture conservation works in forests, voluntary relocation of villages from protected areas, management of biological resources and biodiversity, research in forestry and monitoring of CAMPA works and activities mentioned in the Compensatory Afforestation Fund (CAF) Rules, 2018.

The CAMPA fund for Manipur to compensate for the loss of forest areas caused by development work was remitted by the state CAMPA to Ad hoc CAMPA, which released the fund and the expenditure was incurred in 2006-07 and 2011-12.

In compliance with the Supreme Court order, six per cent of the total compensatory afforestation funds remitted by the State CAMPA to Ad-hoc CAMPA was released in 2009-12. Of the Rs 2.09 crore released against Annual Plan Operations (APO), four per cent remained unutilised. Reportedly, crores of rupees of the fund have been misused in the name of developing infrastructure, construction of nurseries and carrying out afforestation activities.

The 2013 audit report stated that the CAMPA funds should not be used for creating infrastructure at state forest headquarters and ecotourism. However, a test check revealed that expenditure was incurred on construction of community hall, assistance to a local club, distribution of sewing machines and development of eco-tourism etc, the report stated.

The Environment and Forest Ministry stated in the April 2013 audit report that expenditure was incurred on activities related to wildlife protection and management. But no separate account under the corpus fund was maintained for a sum of Rs. 5.04 crore received from user agency for diversion of 10.00 ha of the protected area of forest land for Reconnaissance Survey and Track Clearance works. Further, the state CAMPA utilized ` 0.11 crore out of ` 5.04 crore on wildlife conservation works without the approval of Ad-hoc CAMPA. The ministry stated in April 2013 that audit observation had been noted for future reference in similar cases and opening of separate corpus fund would be discussed with the State CAMPA to comply with guidelines.

The Ministry also stated (April 2013) that audit observation regarding maintaining of records of deforestation and felling of trees had been noted for compliance in future.

The state government made a proposal for diversion of 491.67 ha of forest land within the jurisdiction of the DFO, Tamenglong, DFO Jiribam and DFO Northern Forest Divisions to the MoEF in June 2012. Cross verification of records maintained by the Commissioner of Taxes, Manipur, however, disclosed that the said project had been taken up by the User Agency namely NF/NE Railways, Imphal since 2010.

The report stated that as many as 404 families residing in the forest land were displaced from their residences as a result of the diversion of forest land of 595 ha in 2009-10 for taking up the Thoubal Multipurpose Project with the consequential effect of infringement of the right to hold and live in the forest area for habitation or for self-cultivation. No action was taken by the forest department for the resettlement of affected families.

As per the state CAMPA guidelines issued by MoEF, the accounts of state CAMPA were to be audited by the Accountant General at such intervals as may be specified by him. However, State CAMPA did not prepare its annual accounts for the years 2009-10 to 2011-12 in the prescribed format. The financial statements for the years 2009-10 and 2010-11 were prepared by the Chartered Accountant on cash receipts and disbursement basis. Further, State CAMPA did not reconcile the amount deposited with Ad-hoc CAMPA. Further, as per State CAMPA guidelines, the state government and the MoEF had the powers to conduct special audit or performance audit of the CAMPA scheme in the state. However, no such audit was conducted.

Further, the CAG report of 2017-18 reported that two divisional forest officers (DFOs) selected ineligible sites for proposed Compensatory Afforestation (CA) work, incurred irregular expenditure of ` 3.73 crore on the treatment of selected area without any plantation work and excess expenditure of ` 0.79 crore was made as plants planted were less than the norms set by APCCF (State CAMPA).

The report stated that scrutiny of records in June 2017 in the office of DFO, Kondagaon (South) for the year 2016-17, revealed that Additional PCCF (State CAMPA) sanctioned (January 2017) ` 3.95 crore for the first year of ANR work in 4,940.130 hectares under the state CAMPA. The sanction was conditional as the work was to be executed in coupes where felling work had been carried out in 2014-15 and before the commencement of work; it was to be ensured that the same work had not been sanctioned under other heads.

However, the DFO incurring an expenditure of ` 3.97 crore in 2017-18 from CAMPA funds executed ANR work in 27 coupes where felling work was carried out in 2008-09 and 2009-10. Further scrutiny revealed that these coupes had already been treated with natural regeneration work in the years 2009-10 and 2010-11 with an expenditure of ` 38.36 lakh under Departmental Head as well as the sixth year of cleaning work had already been carried out in above coupes in 2013-14 and 2014-15. Thus, the DFO not only violated the conditions stipulated in the sanction order but also, incurred an irregular and avoidable expenditure of ` 3.97 crore. This needs to be investigated further by the state government.

The report has also revealed that the amount sanctioned by state CAMPA for plantation in 841.929 hectare area, the expense of `2.31 crore on treatment without plantation in 319.676 hectare area was irregular. Further, only 4,59,565 plants were planted by the DFOs in 522.253-hectare area instead of 5,74,478 plants in as much area which resulted in excess expenditure of ` 0.79 crore due to plantation of 1,14,913 lesser plants in said area.

The CAMPA scheme was launched in Manipur to promote tree plantation in various parts of the state, including hill districts to preserve and conserve forest areas and the environment. However, the Central government scheme for every state in the country has not been executed according to the norms given by the central government and all the utilisation certificates appear to be made on the table only and no work has been executed physically, social activist Momo Tantanga from Tengnoupal district said.

Even geotagging photographs furnished through RTI from different forest divisions are not in conformity with the form of GPS/geotagging which are mandatory for implementation of any the central scheme which may be visible from any part of the country, he added.

In view of it, Momo filed before the High Court of Manipur that sanctioned and released money amount under CAMPA was misappropriated. Without executing the plantation in the state, 30-year-old fully grown trees were shown as plantation done under CAMPA scheme, he stated.

Village headman of Ramva (Lambui) the village said that plantation of saplings in Ramva village covering an area of about 9 acres of barren land in 2017-18 meaning thereby the forest department has planted trees in about 9 acres land only whereas the released fund for APO 2017-18 for Ukhrul forest division have been shown as 50 hectares of land in Lambui-I. The money has been misappropriated by competent authorities without properly planting trees at the villages, the petitioner stated.

The petitioner also stated in the petition that the sanctioned amount of Rs 309 crore received In 2019 from the Central government by then forest minister Th Shyamkumar by way of cheque from Union Minister Prakash Javedkar appears to have been misused by the forest department. It appears that the forest department has misappropriated huge amount of the fund without executing tree plantation to be done under CAMPA scheme, Momo stated.

The petitioner stated that hardly maximum plantation has been done in the mentioned areas. Trees were planted on not more than two to three hectares at the maximum in the areas with a distance of 10 ft between the two trees under the CAMPA scheme. Moreover, all the nursery plants have been kept not less than four years in order to show the plantation for every year till it reaches four years. Maximum plantation has not been done after making nurseries which remains for not less than four years. The same nurseries are repeatedly shown for at least four years. The expenditure for one lakh nurseries, amounting to not less than Rs 7,00,000 approximately for preparation of the nurseries were shown.

The petitioner alleged that forest department failed to execute the plantation under CAMPA scheme and the money duly sanctioned by the government of India for CAMPA scheme has been misappropriated by doing collusive actions in connivance with the then forest minister Th Shyamkumar by carrying out table made reports and without going to the worksites of respective areas.

There’s a dire need to conduct an investigation to check misappropriation of funds and government should ensure proper use of the scheme and funds. The Manipur High Court has directed the state government represented by the state chief secretary and the commissioner of forest and environment, to examine whether the CAMPA fund amount has been properly utilised. However, due to the COVID-19 pandemic situation in the state, the High Court direction is in the table process, said forest officials, who declined to be named.