On the occasion of the Constitution day in Delhi, the National Vigil for the Constitution and Human Rights Defenders was held in the context of the arrest of Fr Stan Swamy on the night of October 8 by the NIA 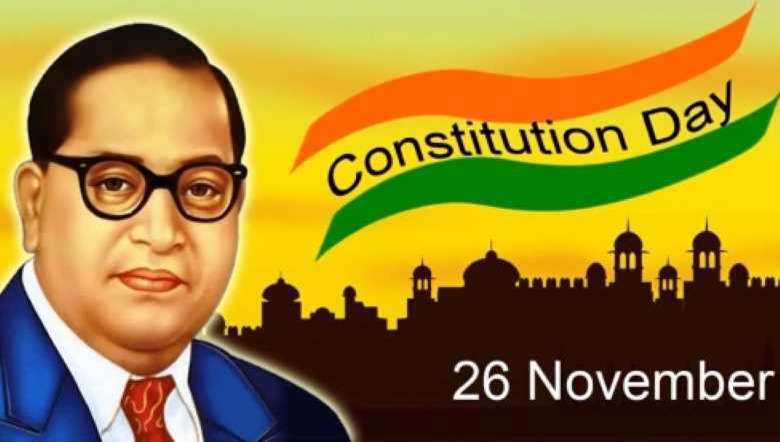 It was on November 6. He stood there in the court asking for a straw and a sipper because his hands which has now become unsteady could no more hold the weight of a glass of water. Eighty-three-year-old Father Stan Swamy, the oldest person in India to be charged with terror-related cases, has been suffering from various age-related illnesses, including Parkinson's disease.

Fr Stan, a Jesuit priest and a renowned tribal rights activist and educator, who is charged under the Unlawful Activities Prevention Act (UAPA), is now hard of hearing and had fractured his hand due to a fall in January 2020, which has not fully healed yet. He needs warm clothes, blanket, shawl, sweater and socks as he cannot bear the cold at night.

As Fr Stan continues to suffer against injustice amid the cold, civil society groups across the country celebrated the National Vigil for the Constitution and Human Rights Defenders on the occasion of the National Constitution Day, November 26.

In Delhi, the National Vigil was held at the Indian Social Institute and at the Sacred Heart Cathedral in the context of the arrest of Fr Stan Swamy. The National Investigation Agency (NIA) arrested Fr Stan on the night of October 8, accusing him of involvement with Maoist groups and listed him along with 14-15 others in the Bhima Koregaon-Elgar Parishad case charge sheet.

Sanjay Hegde, Senior Advocate of the Supreme Court of India and Tehmina Arora, Director of Alliance Defending Freedom (ADF-India) spoke on the occasion. They stressed on the need to uphold the values of the Constitution as the framers of this foundational document of the country proposed a vision where every citizen is guaranteed justice, equality, liberty and the promotion of fraternity.

Earlier, in his welcome address, Dr Paul D'Souza SJ highlighted the importance of spreading the values of the Constitution as it had been framed by all sections of society. He lamented that the vision of the founding fathers of the nation articulated in the Preamble of the Constitution remains an unfulfilled dream for millions of citizens. In particular, those who have worked hard for decades to ensure that the Constitutional rights of citizens become a lived reality are being branded as anti-nationals and are languishing in jails as they have been charged with terror cases.

The celebration was held with the singing of songs such as Abide with Me and We shall Overcome. The programme also included the release of a video on Fr. Stan Swamy and the theme song of the #StandwithStan. The programme concluded with a candlelight march.

In the evening, a candlelight vigil for the Constitution and human rights defenders with prayers, hymns and the recitation of the Preamble was also held at the Sacred Heart Cathedral.

Catholic and Jesuit associations, religious leaders and human rights groups across the world, the United Nations, intellectuals, students, civil societies and the people he works with have been protesting against the arrest of Father Stan.