Rajen also said that under the School Fagathansi Mission, the education department has been visiting government schools located at different assembly constituencies examining the requirements at the respective schools. 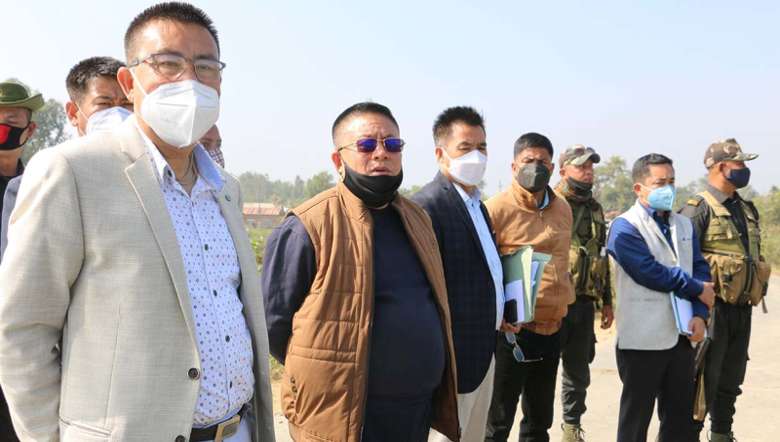 Manipur Education Minister S Rajen Singh on Monday said that classrooms and other blocks, including new construction and renovated structures which have been taken up under School Fagathanshi Mission will be inaugurated in the first part of December this year.

The minister was speaking to the media during his ongoing survey and inspection tour at selected schools in Patsoi, Nambol and Wangoi assembly Constituencies in Imphal West district. He said that the Sub-Task Force for the proper implementation of National Education Policy, NEP will be announced in a day or two.

Rajen also said that under the School Fagathansi Mission, the education department has been visiting government schools located at different assembly constituencies examining the requirements at the respective schools.

During his visit, the minister interacted with the teaching and non-teaching staff of Malom Megha High School and informed them to keep the school campus clean. After inspecting the school, Rajen instructed the engineering officials to replace the old roofing-sheets with a new one.

The minister was accompanied by MLA of Nambol assembly constituency N.Loken Singh during his visit at Leimapokpam Government Public High School.

Later the ministerial team visited Nambol Naorem Jr. High School and inspected the existing infrastructure of the school and surrounding. On seeing the complicated boundary of the school, the minister instructed the concerned department and official to immediately demarcate the school area in order to maintain a clear-cut school boundary.

The team interacted with the teaching and non-teaching staff of the college regarding the development of the college. As requested by the staff for a boundary fencing of the college, the minister assured to consider the proposal according to the availability of departmental funds.

Later the minister visited Yumnam Huidrom Government High School where he was received by minister of Agriculture O. Lukhoi Singh. After inspecting the school, the minister instructed the departmental officials to take up necessary action for early completion of the school building which is under construction.

Additional director, Education (S), Valley, Kh. Bisheshwar, and officials and staff of the education department and education Engineering Wing were also present during the visit.