International Testing Week begins in Imphal; testing to be held at five sites

A total of 200 people will be screened for Hepatitis C and antibody test facilities will be provided by BABINA Diagnostics at free of cost. 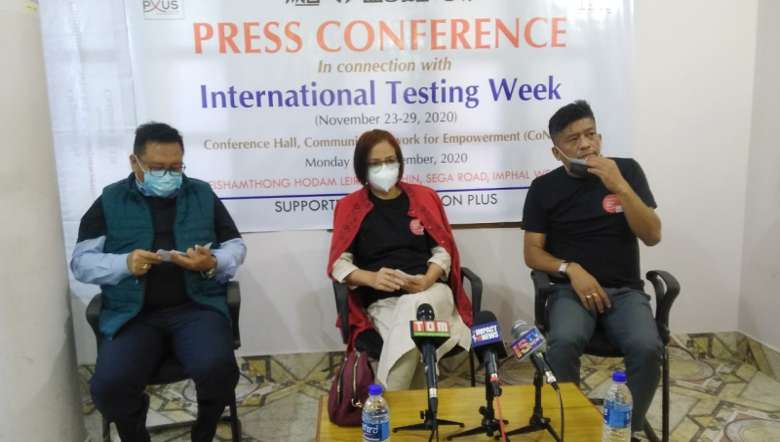 As observed across the globe, International Testing Week kicked off in Imphal Monday with a screening camp organised by the Community Network for Empowerment (CoNE).

The testing week, which began at Yaipokpi Rehabilitation Centre, Kwakeithel, will be held in collaboration with the directorate of Health Services and BABINA Diagnostics till November 29.

Informing about the activities to be taken up during the weeklong camp, CoNE president RK Nalinikanta said that a total of five screening sites have been identified where people from the drug-user community will be screened for Hepatitis C.

A total of 200 people will be screened for Hepatitis C and antibody test facilities will be provided by BABINA Diagnostics at free of cost. All those antibody positive will be linked to the National Viral Hepatitis Control Program for further diagnosis and treatment, he added.

Nalinikanta continued that apart from the screening camp, CoNE will also be conducting poster campaigns in Imphal East and Imphal West to generate awareness on Hepatitis C.

"We are engaging people to come out for testing during this week as nine out of every 10 people are not aware that they have the virus. Therefore, in order to know one's status and take care of oneself and at the same time protect others from spreading the disease, testing is very much essential. Moreover, it is the only means to achieve the target of NVHCP to eliminate Hepatitis C by 2030", he stated and appealed to take the opportunity of the camp.

“Under this program free diagnosis and treatment facilities are being provided and testing facilities are presently available in all the district hospitals of the state,” she added.

The nodal officer also appealed to the general masses to come out and get tested for Hepatitis C and get free treatment if found positive so that the target of eliminating Hepatitis could be achieved.

It may be mentioned that CoNE organised its first edition of the testing week under the aegis of Coalition Plus in collaboration with its 100 partners operating in over 50 countries across the globe.