The construction of a bridge over Thongjaorok river in Manipur's Bishnupur district was started from August 2019 under the Pradhan Mantri Gram Sadak Yojana. 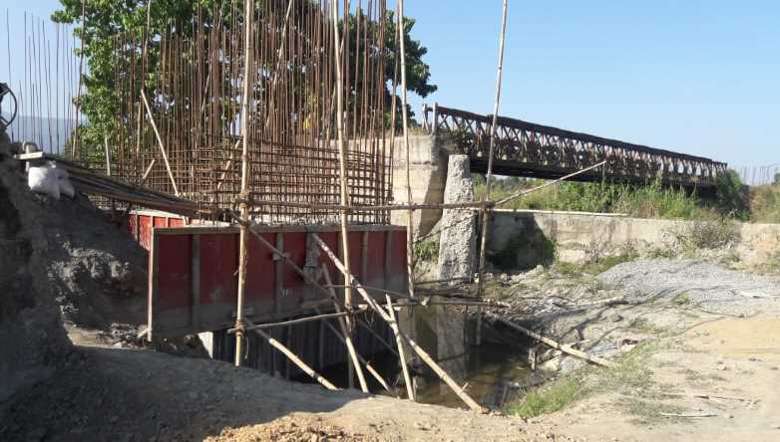 Farmers of Khoijuman and Kwasiphai villages in Bishnupur district have appealed to Chief Minister N Biren Singh and the authority concerned to construct the bypass/diversion road around the bridge over Thongjaorok River.

Speaking to the media on Monday, president of Farmers' Association for Inhesion Reformation Chongtham Khogendro said that construction of a bridge over Thongjaorok river was started from August last year under Pradhan Mantri Gram Sadak Yojana. But due to the absence of a bypass or diversion around the bridge under construction, farmers are facing inconveniences in commuting, he said.

He further lamented that the absence of diversion has caused a lot of inconveniences among the farmers. “We are wasting extra time and effort in travelling as we have to take a long route. This is creating lots of challenges in our daily farming activity," he complained.

Khogendro also suggested the state government to construct the bypass with materials from the previous bailey bridge.

He mounted pressure on the authority concerned to consider the difficulties being faced by the farmers and construct the bypass within the first week of December.