Gogoi breathed his last on Monday at 5:34 PM at the Gauhati Medical College Hospital (GMCH). 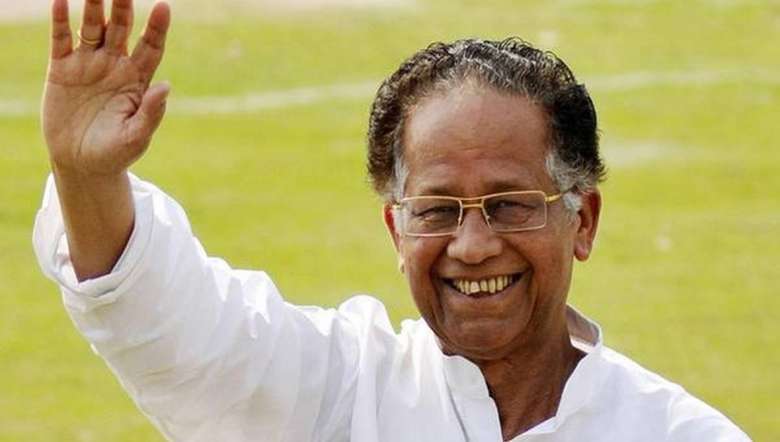 Tributes poured in for former Assam chief minister Tarun Gogoi, who breathed his last on Monday at 5:34 pm at the Gauhati Medical College Hospital (GMCH) in Guwahati.

Many took to Twitter to pay condolences on the demise of the veteran Congress leader.

Expressing grief over the demise of the former chief minister, Prime Minister Modi said that he is anguished by his passing away.

"Shri Tarun Gogoi Ji was a popular leader and a veteran administrator, who had years of political experience in Assam as well as the Centre. Anguished by his passing away. My thoughts are with his family and supporters in this hour of sadness. Om Shanti," PM Modi tweeted.

President Ram Nath Kovind, paying his condolence, called it an end of an era.

"Extremely sad to know of the demise of Shri Tarun Gogoi, former Chief Minister of Assam. The country has lost a veteran leader with rich political and administrative experience. His long tenure in office was a period of epochal change in Assam.

He will always be remembered for the development of Assam and especially towards his efforts to improve law and order and fighting insurgency in the state. His passing away marks the end of an era. In this hour of grief, condolences to his family, friends and supporters." the President tweeted.

"Shri Tarun Gogoi was a true Congress leader. He devoted his life to bringing all the people and communities of Assam together. For me, he was a great and wise teacher. I loved and respected him deeply. I will miss him. My love and condolences to Gaurav & the family," Rahul posted on Twitter.

"Tarun Gogoi was a people's leader who had a great contribution in Assam's political and public sphere. Even though we were in Opposition parties, we shared a wonderful rapport and he was a guiding figure. My deepest condolences to his family and well-wishers," Sonowal tweeted.

"Anguished to learn about the passing away of veteran leader and former Chief Minister of Assam, Shri Tarun Gogoi ji. May almighty give his family the strength to bear this tragic loss. My condolences with his family and followers. Om Shanti Shanti Shanti," Shah posted on Twitter.

"Shri @tarun_gogoi dada, may you rest in perfect peace. My sincere condolences to you and your family @GauravGogoiAsm My heart goes out to everyone who loved him. This is such a huge loss for North East India,"

"Anguished by the demise of Assam’s former Chief Minister, Shri Tarun Gogoi ji. Blessed with a warm personality he made notable contributions to Assam’s development and public life. My heartfelt condolences to his family and supporters. Om Shanti!" Singh tweeted.

"Deeply painful to hear about the tragic demise of ex-CM of Assam, Tarun Gogoi ji.  May God give, family and friends grieving the immeasurable loss they suffered, the strength to overcome the pain," Biren tweeted.

Gogoi was admitted to the hospital on November 2 after he complained of breathlessness. He had tested COVID-19 positive on August 26 and was discharged from the hospital on October 25.

The former CM was also a six-time MP and a Union minister.