A life attempt was made allegedly on TKDCV vice president Okram Lelen by unknown miscreants on Friday night. 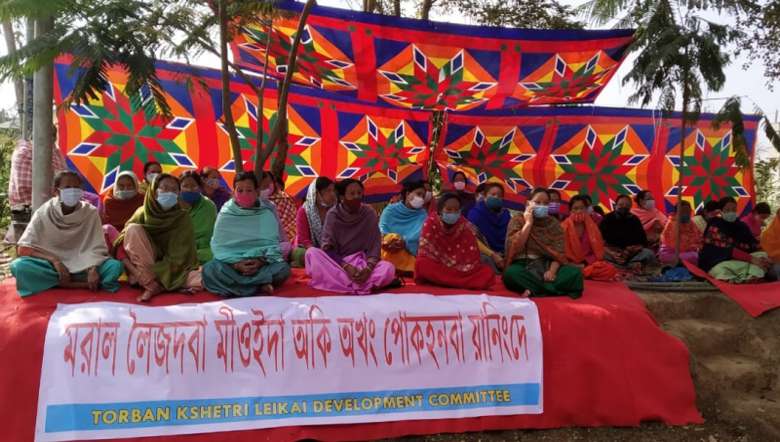 Speaking to the media on the sidelines of the protest, Okram Lelen said that a few people on two-wheelers followed him around 8:30 at night on November 20 when he was heading towards Kongba for some work.

Lelen said, “Suspecting that people were following me, I returned towards my house. However, on the way back, a white colour Bolero suddenly parked in front of my vehicle. People inside the bolero tried to hit me with an object but luckily I escaped.”

Lelen further said that he escaped and hid inside one of his relatives' houses on the way to NIELIT at Akampat.

Clarifying that he did not have any enmity with any people and that he has not done anything that can hurt other people, Lelen said that he is associated with the zilla parishad member of the area Seram Neken for the last few months.

Torban Kshetri Leikai Development Committee, in a release, strongly condemned the incident and cautioned the miscreants not to repeat such incidents in the future.