Manipur Education Minister S Rajen was urged to take up necessary steps for Meitei Mayek to be given classical language status. 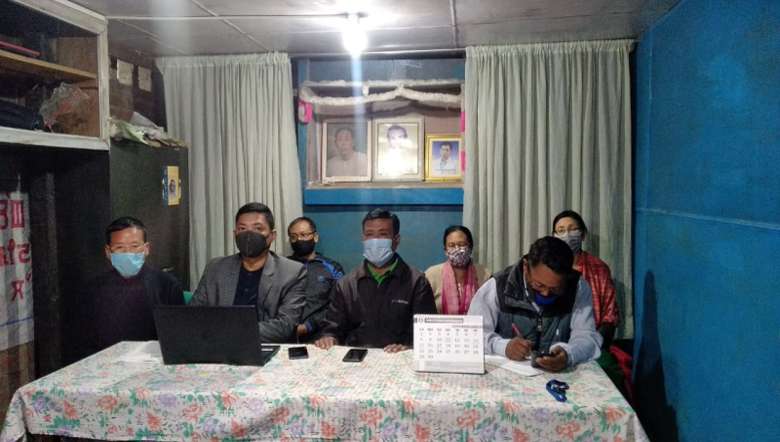 Meitei Erol Eyek Loinasillol Apunba Lup (MEELAL) has urged education minister Sorokhaibam Rajen to focus on the development of Meitei Mayek instead of introducing Sanskrit in educational institutions of the State.

MEELAL was reacting to the statement made by the education minister on November 19 regarding the introduction of Sanskrit in educational institutes of the State.

Speaking to the media at its office on Saturday, secretary general of MEELAL Huirem Loikhomba Meetei said that MEELAL was hoping that the education minister who has frequently conducted an inspection of schools will be taking up concrete steps for the development of Meitei Mayek.

However, the statement made by the education minister is in contrast to the expectations of MEELAL, he stated.

He also demanded that the education minister should take up necessary steps for Meitei Mayek to be given classical language status.

Meitei Mayek was introduced as a subject in 2006 and now the subject is being taught at the level of Master of Arts. Since the past 14-15 years, MEELAL has been demanding amendment of Manipur Official Language Act 1979 and that the ‘Manipuri language’ written in the Act should be redefined as Meiteilon written in Meitei Mayek, Loikhomba said.

The MEELAL general secretary pointed out that according to the New Education Policy 2020, the medium of instruction will be the home or local or regional language or mother tongue until at least grade 5 but preferred till 8th grade and beyond. As such, he questioned why the education minister has not taken up any steps to make sure that the school textbooks for students written in Meitei Mayek are made available in the market when the new academic session is about to begin.

Apart from the Department of Language Planning and Implementation, a separate language department in the State should be set up. Besides, a permit should be given to paste Metei Mayek in the label of every product available in the market to ensure development of Meitei Mayek. Six months or a year certificate course on ‘Puya’ should also be started, Loikhomba added.