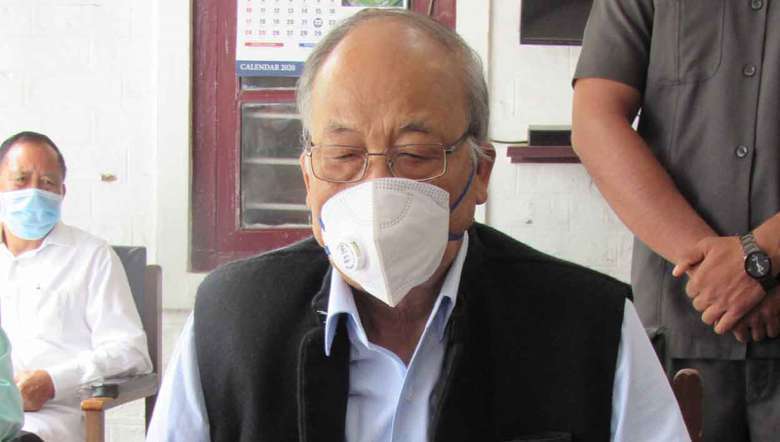 Former Manipur chief minister Okram Ibobi Singh on Friday filed an anticipatory bail in the High Court of Manipur on Friday in connection with the Enforcement Directorate’s registration of a case under the Prevention of Money Laundering Act against him.

Chief Justice of High Court of Manipur, Ramalingam Sudhakar, heard the anticipatory bail on Friday. Senior counsel Salman Khurshid along with senior counsel N Ibotombi for O Ibobi assisted by A Henry appeared through video conferencing in view of the COVID-19 restriction during proceedings. The anticipatory bail was admitted by the court, issued notice to ED and listed the matter on November 25.

The anticipatory bail was filed on the basis of a news item published in the news website timesnownews.com on November 12.

It reported that the Enforcement Directorate will soon register a case against O Ibobi under the Prevention of Money Laundering Act and ED has sought documents from the Central Bureau of Investigation (CBI), which had registered a case against Ibobi last November.

The media had reported that case is also likely to be registered against some others namely former Project Director of Manipur Development Society Y Ningthem, former Chief Secretaries DS Poonia, PC Lawmkunga and O Nabakishore.

The CBI registered a case on November 20, 2019, against Okram Ibobi Singh, who was the former chairman of MDS, three former Project Directors and an Administrative officer of the MDS under IPC and PC Act under the request of Manipur Government.

It was alleged that Ibobi while working as chairman of MDS from June 30, 2009, to July 6, 2017, in conspiracy with others, misappropriated Government funds to the tune of Rs 332 crore for the purpose of executing development work.