According to the state Veterinary and Animal Husbandry department, Manipur produced 28.706 tonne of various types of meat during the period 2019-2020. 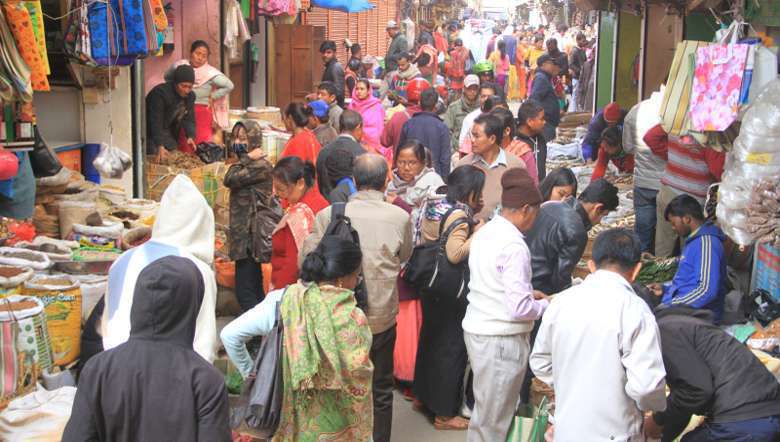 Manipur, a state in Northeast India with high demand for meat and poultry products, has a thriving meat market. There is a high demand for different types of fish, poultry and meat products in the state. However, till today, the state has no registered slaughterhouse.

Driven by the increasing demand for meat products, the growing meat market in the state has been witnessing an increase in the number of licensed meat sellers and vendors over the years.

With the increase in the number of meat vendors, the production has also grown. According to the state Veterinary and Animal Husbandry department, Manipur produced 28.706 tonne of various types of meat during the period 2019-2020.

However, despite the increasing number of meat vendors and the expanding meat industry in the state, not a single slaughterhouse has been built yet.

The prevention of cruelty to animals (slaughter house) rules 2001 permits slaughtering of animals for meat consumption only in recognised or licensed premises or slaughterhouses.

Part IV of Schedule 4 of FSSAI (Licensing and Registration of Food Business) regulation 2011 comprehensively cited functioning of food business operators in the country, including regulation for the meat industry to comply.

The rules provide for slaughtering animals for human consumption in registered slaughtered houses equipped with basic requirement and criteria to maintain hygienic and sanitary practices. Meat operators have to strictly abide by the rules pertaining to processing, storing and selling of meat and meat products.

Despite the several rules, regulations and laws in place, the Manipur government is yet to set up a single animal slaughterhouse.

Owing to the absence of slaughterhouse in the state, animals are being randomly butchered in open areas, without following any rules. Such practice has resulted in contamination of meat that is sold in the market. In several cases, slaughtering of animals violates the rules of prevention of cruelty to animals. And, its end product becomes a major agent of polluting the environment, though slaughter remains are considered as zero waste as they can be reutilised.

In the absence of a slaughterhouse, the random slaughtering of animals for sale of meat by individuals that causes pollution and contamination can give rise to serious public health issues.

According to a World Health Organisation report, zoonotic disease (caused by germs that passed naturally vertebrate animals to human) has become one of the public health crises. So far, the WHO has observed around 200 types of zoonosis and it is estimated that almost 60 per cent of infectious diseases in the world originated from animals. The ongoing global COVID-19 pandemic is also termed “novel zoonotic disease” caused by novel Coronavirus.

Chaoba further said that the department had sent a proposal for the construction of three slaughterhouses in three districts, one each in Churachandpur, Turibari of Kangpokpi and Thoubal, to the Central government this June. The department estimated the slaughterhouse project to cost Rs 2,000 crore each wherein Rs 1,800 crore will be incurred by the Central government and the rest Rs 200 crore by the state government.

The department, however, is yet to receive any green signal for the project from the central government, Chaoba informed, adding that effort will be made for the approval of the project.

Speaking exclusively to the Imphal Free Press, IMC food inspector Lisham Rupendra said, “People rarely kill animals for sale in municipal areas. Due to urbanization, there is no space to kill animals for sale in open areas but the practice of killing of poultry, particularly chicken, still exist. Not having a single slaughterhouse is a major hindrance to check and control the issue of slaughtering of animals in an illegal manner”.

When the Imphal Free Press approached the designated officer, Food Safety Administration, Imphal West and Medical Directorate, Tekcham Brojendro Khaba Meetei, he said, “Compared to previous years, many meat sellers or meat vendors in the capital Imphal are seen maintaining some hygienic practices but it is still not satisfactory,” Meetei said. He also said that the department had several times provided awareness on the need to follow proper hygiene in the butchering and selling of meat products.

However, he said that setting up of slaughterhouse is not under the purview of Food Safety, except to monitor the quality and standard of meat.