‘Laotai-Baantaek Ngai’ was celebrated traditionally every year as winter sets in by the Rongmei Naga tribe about 30 years ago to encourage farmers for a good harvest. 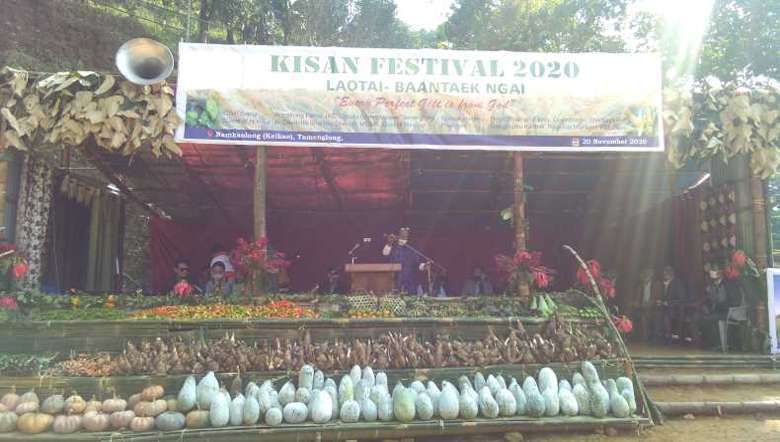 After 30-long years, ‘Laotai-Baantaek Ngai’, the cultural festival of the Zeliangrongpui community was celebrated with great joy and fervour at Namkaolong (Keikao) village in Tamenglong district of Manipur.

‘Laotai-Baantaek Ngai’ was celebrated traditionally every year as winter sets in by the Rongmei, Zeme, Liangmai and Inpui Naga tribes about 30 years ago to encourage farmers for a good harvest.

“The practice of celebrating ‘Laotai- Baantaek Ngai’, which is called ‘Kisan Festival’ in general terms, was stopped about 30 years ago since the advent of Christianity in the region,” Namkaolong village chairman Zeiringkhon Kamei said, speaking exclusively to the Imphal Free Press.

In an effort to revive and conserve the long-lost cultural and traditional festival, the Namkaolong village authority organised the grand celebration with the theme “Every Perfect Gift is from God”. Namkaolong village is situated about 28 kilometres away from Tamenglong HQ.

“In the olden days, it was customary for the farmer with the best and highest paddy harvest donated pig or Mithun for the celebration. However, contrary to the old practice, the village authority today presented a gift and award to encourage them to work harder in the future,” the Namkaolong village chairman said. 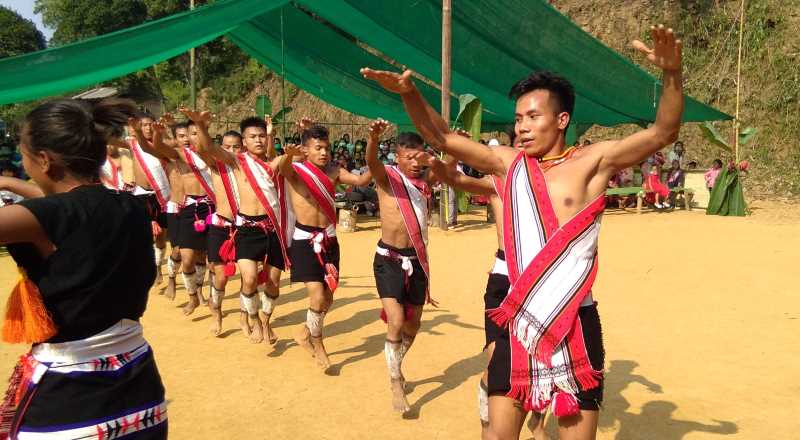 This time, bearing in mind the COVID-19 situation, Namkaolong village handed over 50 tins of paddy for the COVID-19 positive patients and the district administration, Tamenglong, at the festival function. The village authority also arranged prize awards for the highest paddy harvester in the village at the festival function which was attended by several district dignitaries.

The village chairman then explained the farming process practised by the community, leading up to the festival.

“The villagers start jungle cutting for jhum cultivation by the coming week. For four to five months, the farmers will be engaged under the sun to make the field dry and after which they will set fire to the dry field which helps improve the fertility of the soil by March or April, and then they will sow seeds. The farmers wait for harvesting and they have no time to rest through the year,” he said. 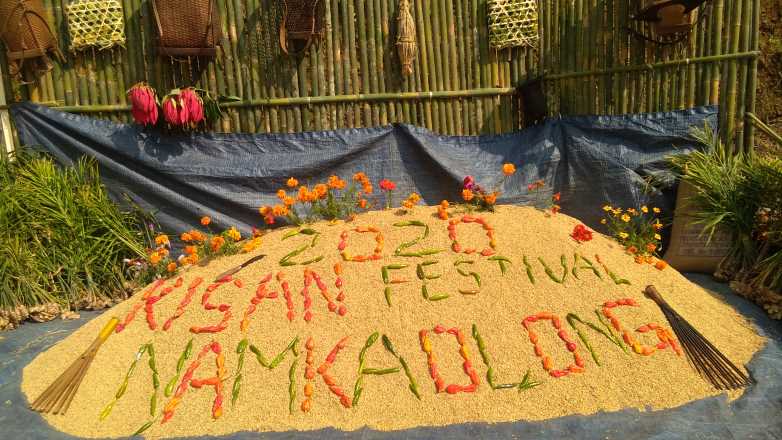 Kamei also expressed the need to construct a multiple purpose hall to organise any programme under all types of weather conditions and urged the district administration to fulfil the need.

Addressing the function as chief guest, Additional District Magistrate of Tamenglong, Kajaigai Gangmei assured that the requirements to construct multiple purpose hall in the village will be taken up in the district level officers meeting and the deputy commissioner of Tamenglong will be apprised of.

Expressing the need to encourage the farmers, Manipur Organic Mission Agency director K Devdutta said that at least 900 farmers from Tamenglong and Noney districts have been selected and benefited under Manipur Organic Mission Agency in phase I and II for plantation of turmeric. Another 1,500 farmers from Tamenglong and 1,300 farmers from Noney have been approved in 2020 as phase III for plantation of turmeric, he added. He attended the function as guest of honour. 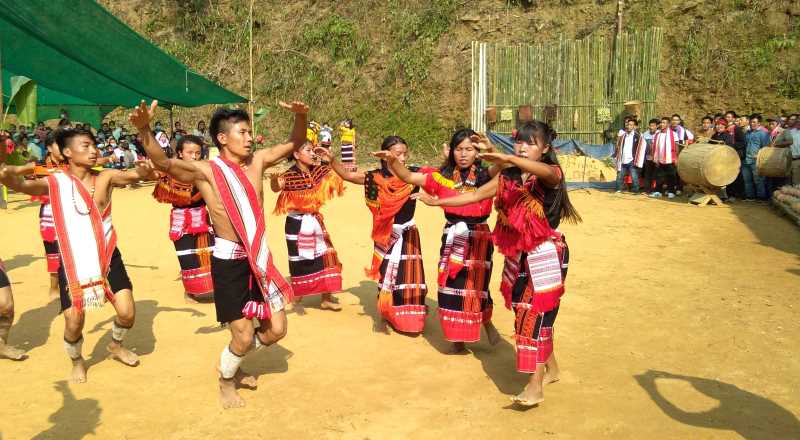