Hundreds of pigs dying of Classical Swine Fever, but government yet to act

The epidemic started in October at Kakching, Thoubal, Imphal East, Imphal West and Chandel districts as per the report from the Veterinary and Animal Husbandry department made available to the 'Imphal Free Press' when enquired. 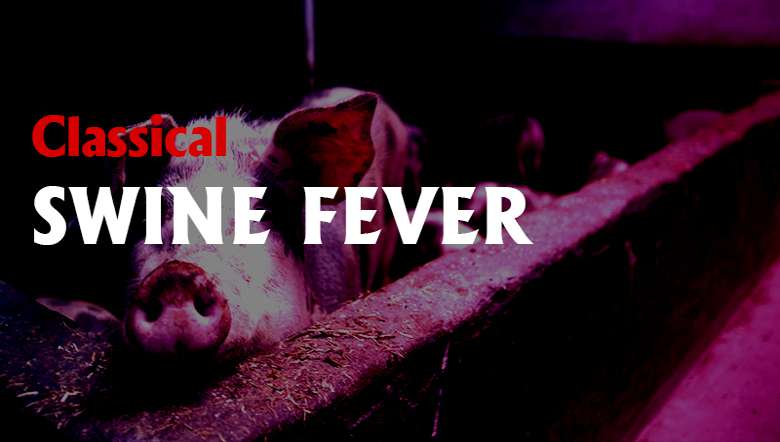 Classical Swine Fever (CSF) outbreak in some districts of Manipur has resulted in the death of hundreds of pigs in the state. The state government, however, has not imposed a ban on selling of pork meat in the state yet.

The epidemic started in October at Kakching, Thoubal, Imphal East, Imphal West and Chandel districts as per the report from the Veterinary and Animal Husbandry department made available to the Imphal Free Press when enquired.

The Classical Swine Fever, caused by Pestivirus RNA, is a contagious disease which can be spread easily among pigs through food, water, excretion, swab and others.

Pointing out that the public is often confused with Classical Swine Fever and Swine Flu (H1N1), official sources from the Veterinary Department in Imphal who declined to be named told the Imphal Free Press that unlike Swine Flu, Pestivirus RNA may not spread to humans, so people need not panic. However, to check the spread of the disease in pigs, care should be taken, the sources added.

While conducting a post-mortem of pigs which were brought to the Veterinary Department in October, the cause of death in most of the cases was reported to be Classical Swine Fever, the sources said, adding that piggery farmers should bring their pigs for conducting post-mortem if any of them died to ascertain the cause and prevent the disease from spreading to other pigs.

According to experts, there is no treatment for the Classical Swine Fever, the mortality rate is almost 100 per cent and it can spread to all age groups of pigs. The only preventive measures are to vaccinate the pigs after every six months, starting from the age of two months. The common symptoms of Classical Swine Fever are bluish skin, loss of appetite, fever, fatigue, vomiting, difficulties in breathing. The incubation period is five to 10  days.

Manipur is rated as one of the highest consumers of pork meat in the country. In view of the high demand for the meat, many are taking to piggery farming as it has become a profitable business in the state. Pork dishes are common in most food menu at eateries and at events and celebrations of festivals.

As the news of the outbreak of a disease in pigs spread among the public, the piggery farmers started supplying pork at a low price.

The demand for pork by consumers, however, is not reduced, said a pork vendor Leingmeithang in interaction with IFP.

“On the contrary, the demands for pork have increased, due to the sudden fall in the price,” he added.

Due to the outbreak of the disease, many piggery farmers fear their it may affect their business and livelihood. So they appealed to the government to take up preventive measures to stop further spreading of the disease at the earliest.

Before the COVID-19 lockdown, the common rate of pork in the valley was Rs 280 per kilogram. During the lockdown, vendors raised the price to Rs 400-450 a kg, taking advantage of the demand for pork meat.

A piggery farmer from Imphal East claimed that the demand for pork meat during the lockdown period is more than the normal days and sometimes his supply of pork was unable to meet the demand for it.

World Antimicrobial Awareness Week: By 2050, antibiotic-resistant infections will kill more than 1,000 people every hour in the world, says CSE