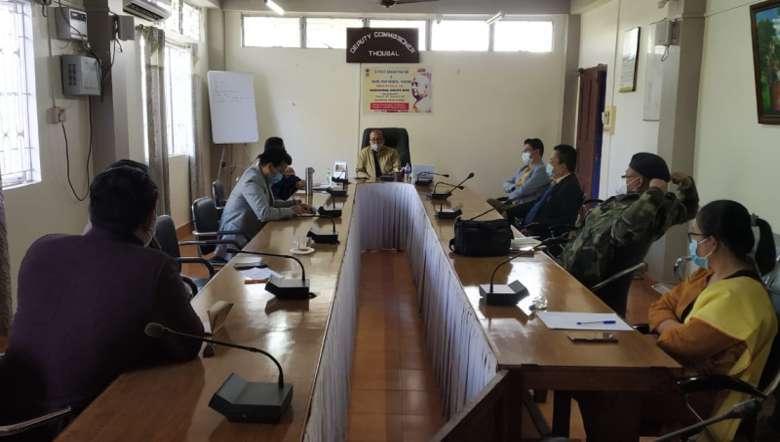 Two separate meetings attended by MLA Paonam Brojen and Y Antas Khan were organised at the conference hall of the district deputy commissioner by the district administration Thoubal on Thursday. The meeting deliberated on the exercise of Sero-surveillance in both assembly constituencies.

It was decided at the meeting chaired by Lilong MLA Y Antas Khan that Sero- surveillance tests will begin at Khekman area under Lilong from Friday.

For Wangjing-Tentha assembly constituency, MLA Paonam Brojen resolved that the tests will commence from November 21 at Wangjing and Sapam areas.

The surveillance programme aims to conduct Rapid Antigen tests to around 500 people on a daily basis in a period of six days minimum. To carry out the surveillance successfully, four medical teams will be conducting tests in the two assembly constituencies.

“The people are urged not to shy away and come out in full numbers to take their test,” appealed deputy commissioner Thoubal N Bandana. She further appealed to the local MLAs to take major roles in making the public come out and take part in the tests.