The members of the association met new MAHUD Minister O Henry twice before Ningol Chakkouba regarding the matter but till today the department remained deaf-ear, the association said. 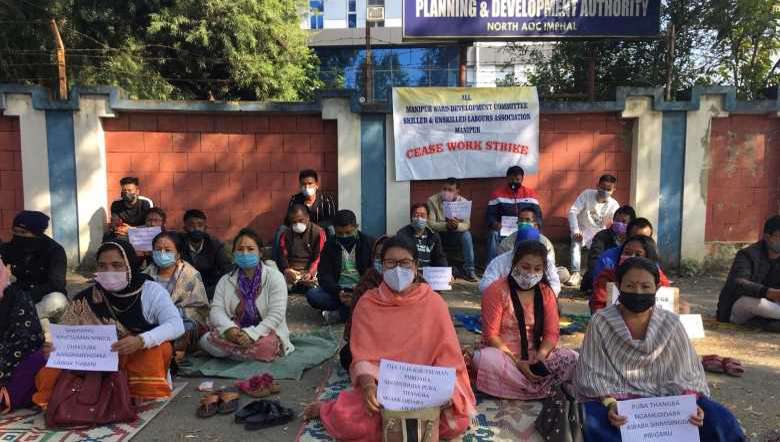 "It is unfortunate that the MAHUD department is not releasing the 15-16 months pending wages of the labours under Ward Development Committee before the auspicious Ningol Chakkouba festival," a labourer, who took part in the protest, said.

Moreover, the public is suffering from the COVID-19 pandemic since March and owing to soaring prices of essential commodities, the labourers are facing a hard time in running their families, the labourer said.

“As the Ningol Chakkouba occurs once in a year, we wanted to celebrate it grandly. However, due to unreleased wages, we were unable to do so,” she added.

The members of the association met MAHUD Minister O Henry twice before Ningol Chakkouba regarding the matter but till today the department remained deaf-ear though Henry had assured to release the pending wages before the festival, the labourer added.

The association said it would intensify the agitation if the government fails to give a positive response to their demand.