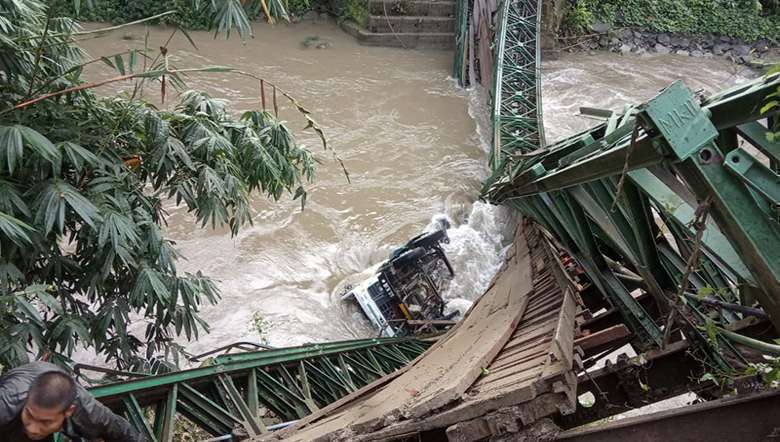 The Transporters’ and Drivers’ Council (TDC) on Saturday said that the collapse of Irang bridge which killed a driver was due to the failure of the National Highways and Infrastructure Development Corporation Limited (NHIDCL) to maintain the bridge timely.

The transporter body was refuting to the allegation made by NHIDCL that Irang Bridge collapsed due to overloading of goods trucks.

H. Ranjit, president TDC, asserted that the transporters with different goods trucks have been carrying loads under the guidelines issued in gazette notification of central government. “The allegation made by NHIDCL is baseless”, said Ranjit.

Ranjit claimed that the TDC has proof that the lack of timely maintenance by NHIDCL led to the collapse.

“Irang bridge was constructed in 2005 and till 2020 instead of replacing the defective parts, NHIDCL has been repairing by only wielding. If the defective parts were replaced in time during maintenance then the incident could have been avoided”, he added.

The TDC president further alleged that the then transport secretary conspired with Border Roads Organisation (BRO) and issued a permanent order that in NH-37 only 24 metric tons is allowed to be carried by a goods truck. “Transport department has no authority to issue such order as maintenance of national highway is under the authority of union ministry. State transport department can issue such order but in a temporary basis,” said Ranjit.

The TDC president has demanded immediate action against the authority concerned of NHIDCL. The transporter body had filed a complaint against NHIDCL at Nungba police station through the superintendent of police, Noney in connection with the incident.