A webinar on ‘Buy Local this Diwali’ was organised by the Press Information Bureau (PIB) and the Regional Outreach Bureau (ROB), Imphal on Friday. 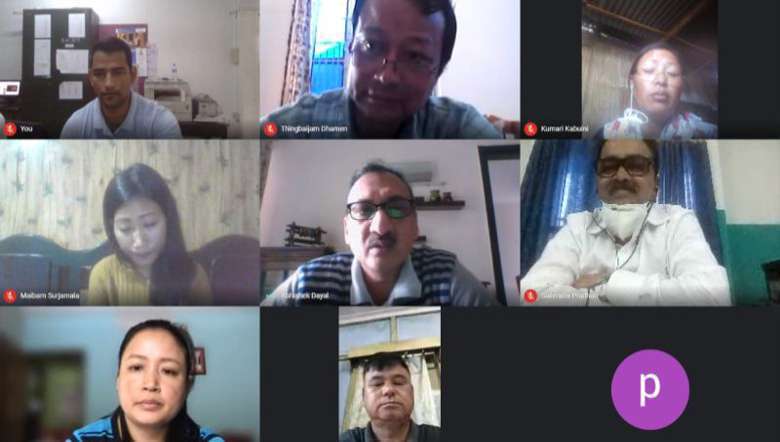 In the effort to create a self-reliant country (Atmanirbhar), a call to support and promote local artisans and traders was made vocal by several participants at a webinar on "Buy Local this Diwali" on Friday.

The webinar on ‘Buy Local this Diwali’ was organised by the Press Information Bureau (PIB) and the Regional Outreach Bureau (ROB), Imphal on Friday.

During the webinar, additional director general (NE Region), Ministry of Information and Broadcasting, S N Pradhan pointed out that the rich handicrafts of the country and especially the Northeast region are already world famous.

"Conscious support will go a long way to help the poor artisans and traders economically," he said, calling upon the media to highlight the issues so that people are conscious while making their purchases.

Designer of Export Promotion Council for Handicrafts, Maibam Surjamala Devi gave an overview of the efforts being done by the state for promoting the locally made products. She said that much needed to be done to counter the effects of strong marketing muscle of industrial and imported goods.

Senior journalist Thingbaijam Dhamen said that every household spends a lot of money during local festivals like Ningol Chakkouba. This is an appropriate time to highlight the rich traditions of the state and discourage buying low quality imported gifts, he said. Manipur has few big industries and has huge varieties of textile and bamboo products which can be used as gift items, he added.

In his concluding remarks, director of PIB Imphal, Abhishek Dayal said that the need for support to the local artisans is threefold. The products are not harmful to the users unlike many mass-produced things; it strengthens the local, state and national economy; and it instils a sense of pride in the rich and diverse culture, he added. He also pointed out that the silks of the northeast were famous all over the world even during Mughal times and the unique bamboo products like Manipuri tiffins often became a subject of national discussion. He said that media and the officials need to work together to help in marketing local products even on online platforms.

Over 30 media persons, officials of the Ministry of Information and Broadcasting and experts from the handicraft sector attended the webinar.

This Diwali, go local and revive the golden bird for national rejuvenation