Manipur: Resumption of eviction drive at Tengnoupal leads to confrontation

Police fired tear gas shells and mock bombs leading to injuries on both protesters and officials. 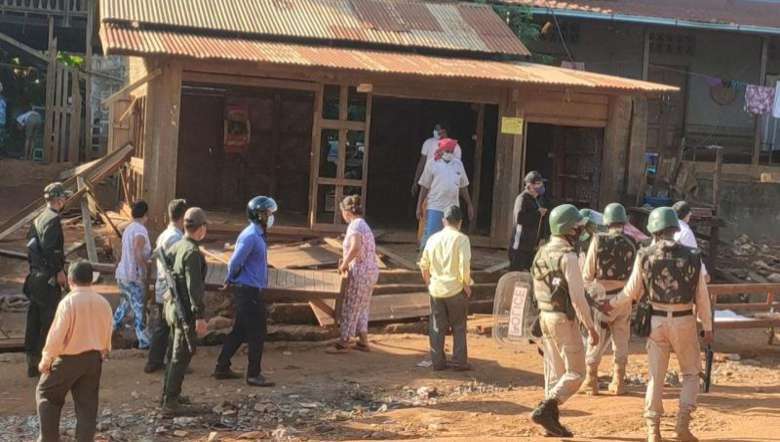 Resumption of eviction drive at Integrated Check Post (ICP) bypass road at Moreh leads to a confrontation between the locals and security forces on Thursday.

Following an order from deputy commissioner Tengnoupal district, a team led by Superintendent of Police, Tengnoupal Th Vikramjit and ADC Moreh Sangboi Gangte and staff of settlement department took up the eviction process at around 1.30 in the evening.

However, the team met with stiff opposition from the locals claiming to be the owner of the lands. They (protesters) attempted to stop the eviction claiming that they have not received any compensation.

As a mark of protest, the protesters stripped their clothes and pelted stones at the officials. To control the situation, police fired tear gas shells and mock bombs leading to injuries on both the parties. Later, after dispersing the protestors, the officials started dismantling illegal structures at the ICP bypass road.

It is learnt that the deputy commissioner Tengnoupal had convened a meeting on November 11 at ADC complex Moreh to check and verify the pattadars and related documents to see if there are any lapses/due payment of compensation.

After checking the documents and to start the construction of ICP bypass road in the given time, the eviction continued on Thursday again.