Thoubal police also challaned a total amount of Rs 3,68,080 from the public for not wearing face masks and under Motor Vehicles Act. 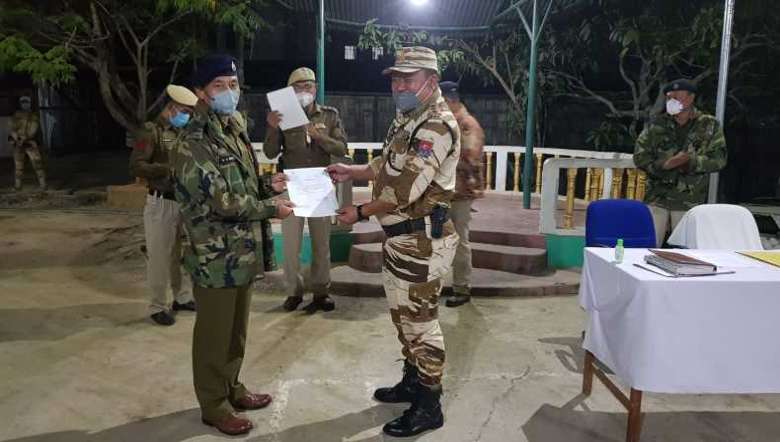 A crime meeting of Thoubal District Police for the month of October was conducted on Thursday to discuss the necessary strategies to be taken up by the district police to prevent the spread of COVID-19 with the coming of Diwali and Ningol Chakkouba.

As per police sources, Thoubal District Police have disposed nine cases and 32 FIRs against the target set of 12 cases and 31 FIRs in October in spite of the hectic activities of by-elections in two assembly constituencies.

Thoubal police also challaned a total amount of Rs 3,68,080 from the public for not wearing face masks and under Motor Vehicles Act, the sources added.

Police said that some achievements that could be mentioned during October were seizing of 477.0315 kg of brown sugar, 11.7 grams of heroin, 548 litres of morphinated liquid, 6,336 numbers of SP capsules with the arrest of five drug peddlers. Moreover, 1,102 litres of DIC liquor and foreign liquor, 670 kg of yeast, 1,690 kg of fermented rice were seized and nabbed 13 sellers and manufacturers of the liquor, it added.

For the said month, best LC for CCTNS data entry, PC Y Sanatomba of Thoubal PS has been honoured by giving an appreciation letter for entering 57 cases up to IIF-5. Other appreciation letters were also distributed to the officers and personnel for successful conduct of the by-elections, the source informed.