The chief minister announced special schemes ahead of Ningol Chakkouba festival in Manipur. 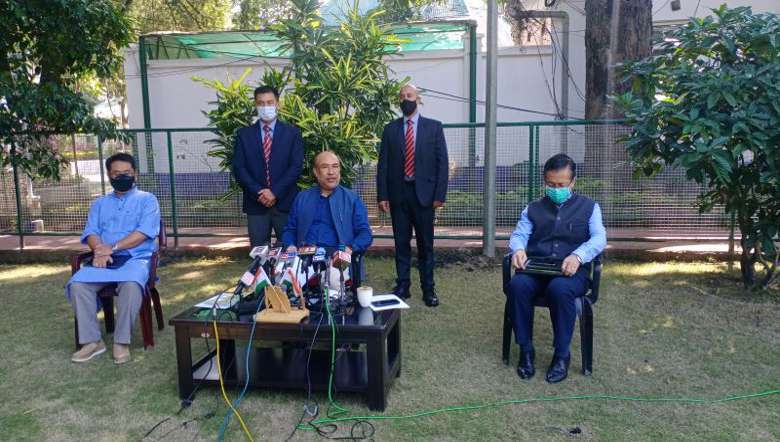 Manipur Chief Minister N Biren Singh on Thursday announced that the Central government has sanctioned funds for building an RCC bridge over River Irang in Noney district following the collapse of the old bailey bridge that caused the death of one person. He also launched two schemes  - Leave Travel Concession (LTC) Cash Voucher scheme and Special Festival Advance scheme - for the people ahead of Ningol Chakkouba and other festivals in the state.

Addressing media persons at the chief minister’s secretariat in Imphal, Biren said the foundation stone for the new RCC Irang bridge will be laid soon and the two welfare schemes for the people in Manipur are on similar lines of the schemes announced by the Central government on October 12.

Under the Special Festival Advance scheme, all government employees will get an interest-free advance of Rs.10,000 and the advance will be in the form of a prepaid card, the chief minister said.

Asserting that government employees must claim the advance scheme before March 31, 2021, Biren said that the scheme has also been extended to VDF personnel, Home Guard volunteers, ADC employees and employees of bodies receiving grant-in-aid, where recovery of the advance is possible.

Assuring that all the commitments made by the BJP will turn into action, he said palm oil plantation has started in suitable locations of the state, fish farming training has been given to 450 individuals to increase the fish productivity and survey work has started for setting up cement factories in the state.

Biren also said that the results of the by-elections where the BJP won four seats out of five Assembly seats clearly shows that the public believe the BJP-led government which has completed three-and-half years, the chief minister asserted.

The winning of the four MLA seats was made possible as the BJP turned all their promises into action and all the welfare works taken up in the public interest, he added.

Regarding the breaking of SOP during the by-elections, Biren said that he will ensure such things do not repeat in the future. Surveillance will be taken up in the five constituencies and necessary measures to prevent the spreading of COVID-19, he said.

Asserting that the government has started distributing first-line supportive medicine packages and pulse oximeters to COVID-19 positive patients who are under home isolation, he said the numbers of the mortality rate in the state has decreased since the last week and the recovery rate is above 85 per cent.

Claiming that most of the dead cases of COVID-19 patients are due to other chronic diseases, he said that the government will investigate the cases in any death of COVID-19 positive patient, and will publish the information only after confirming that the cases of the death are caused by coronavirus.

With the implementation of the new SOP which is monitored at the local level, the chief minister said that he hopes that the COVID-19 pandemic in the state will be overcome very soon.

The chief minister also stated that Union Home Minister Amit Shah is likely to visit the state in November to discuss the matter regarding the Indo-Naga peace talks.

Assam Health Minister Himanta Biswa said he will invite him and the Opposition leader of Manipur for talks regarding the Indo-Naga peace talks. He, however, has not received any official invitation yet, said Biren.

The chief minister assured that the state government will never compromise on any aspect regarding the state integrity.