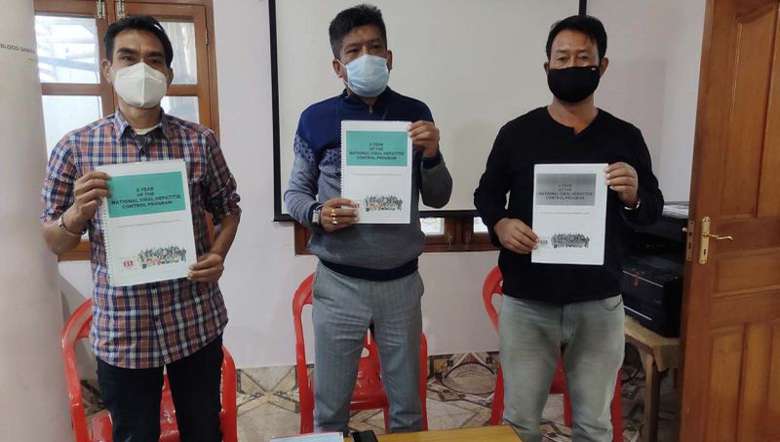 As the National Viral Hepatitis Control Programme (NVHCP) in the state crosses one year of its implementation, Community Network for Empowerment (CoNE), in an attempt to document the progress and challenges of NVHCP, has come up with an information sheet from a community perspective during July 2019-2020.

Addressing the media during the releasing function of the information sheet, president of CoNE, RK Nalinikanta said  that the information sheet has provided certain recommendations for the programme designers, community groups, state Viral Hepatitis Control Programme and NVJCP officials to consider in the interest of the programme and its strengthening.

While acknowledging the success of NVHCP as compared to other states of the country, Nalinikanta maintained that Manipur is in forefront in the implementation of the programme. CoNE with the support of the government even brought out specific Standard Operating Procedures (SOPs) for Hepatitis C treatment. However, there are various challenges and loopholes which need to be looked into seriously and bridge the gap so that early measures can be taken up in achieving the target of Hepatitis C elimination by 2030 by increasing testing and treatment, he added.

He continued that collaboration of local civil society and community groups need to be strengthened to enable reaching out to high risk groups, increased the linkages from antibody or RNA positivity to treatment, improve awareness and demand generation and so on.

The meeting for the steering committee of the programme should be conducted in a regular interval. So far the meeting was held only once during this one year of implementation and it is unfortunate. Until and unless the meeting is held often, the issue cannot be dealt with properly, he stated.

He further recommended allowing the patient for treatment with any identification card instead of just restricting only to Aadhaar card so as to improve in the data collection and management and to appoint the peer support staff of the programme at earliest.