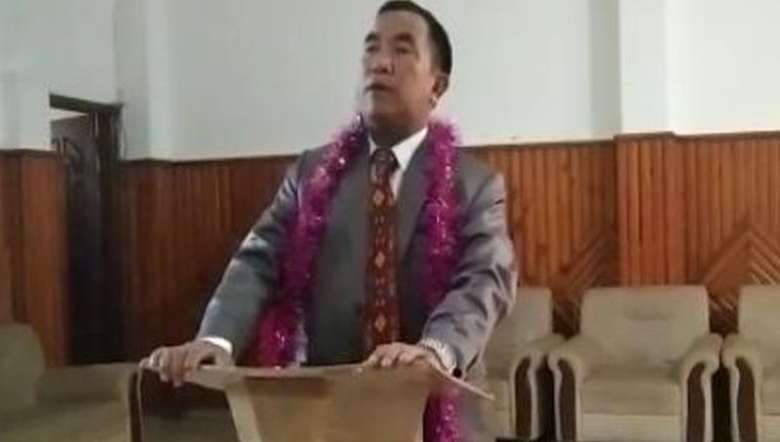 Newly elected Khaipau Haokip took charge as the new chairman of ADCC on Wednesday and during the function Rev H Chinthiansong offered a prayer for the well being of the new chairman and his administration.

The function was attended by different Mandal of BJP under Churachandpur district and members of the ADCC, including the new chairman’s opponent MDC Hausuanthang. The new chairman of ADCC was also felicitated by various public leaders.

In presence of former chairman of ADCC, Langkhanpau Guite, a one minute silence was also observed in remembrance of the departed ADCC members namely Late Lalditsang, Late C Chonsei and Late Demmang Haokip.

During the function, Khaipau Haokip shared his happiness for the support given to him by his fellow ADCC members who elected him as the new chairman.