A forest fire which broke out at border village of Khullen, Chandel district on Monday. 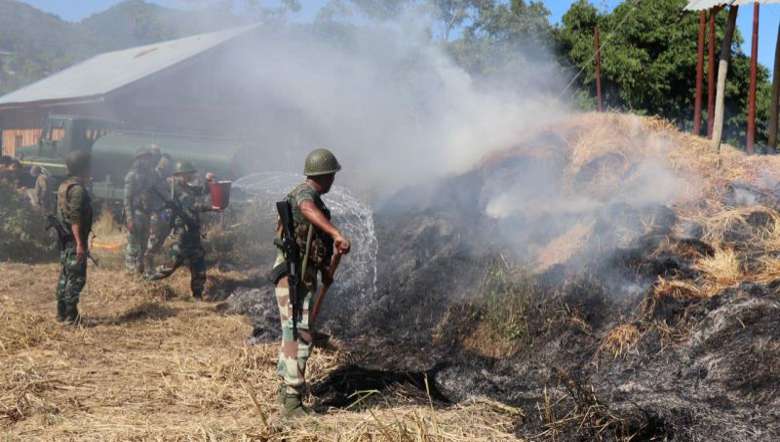 Troops of Assam Rifles controlled the spread of a forest fire which broke out at border village of Khullen, Chandel district on Monday.

Based on an urgent call for help by the village chief, Linkhankhup, the nearest Assam Rifles quick reaction team rushed to the village with a water tank and essential firefighting equipment, a release by PRO IGAR (South) stated.

On reaching the spot, the team found that the fire had already spread in the vicinity of the village church and was rapidly moving to engulf nearby houses.  Later, the Assam Rifles troops quickly created a fire lane to control the spread of the fire to the houses and the church, it added.

Subsequently, in an hour-long effort the team managed to douse out the fire using the water cannon and firefighting equipment, the release said.