Former Chief Minister and leader of Opposition Mukul Sangma said the motion will be taken up on Tuesday against the MDA government for its alleged failure in all fronts, especially in protecting the interest of the state. 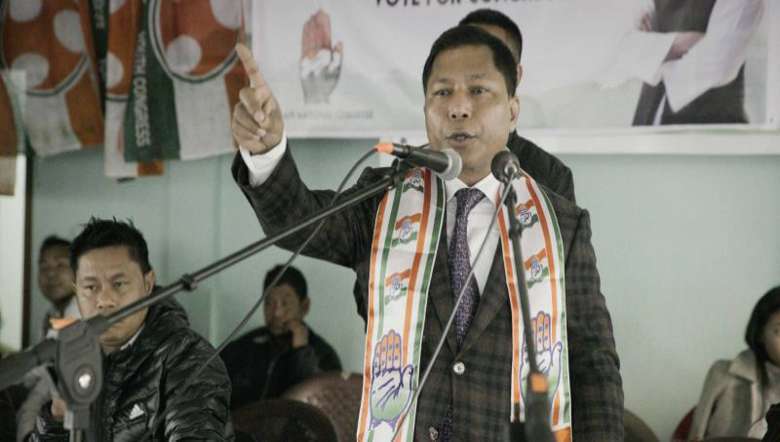 The opposition Congress party in Meghalaya is all set tomove a No-confidence motion against the National People’s Party (NPP)-led Meghalaya Democratic Alliance (MDA) government on Tuesday for its alleged failure in all fronts, especially in protecting the interest of the state.

Leader of Opposition, Mukul Sangma on Monday told reporters that "when there is an issue of protecting the interest of the state the government is seen to be completely insensitive and trying to shy away from its responsibility. There cannot be any situation which can be a dangerous precedent for the state as a whole".

The former chief minister said that the motion will be taken up on Tuesday, adding that it will depend on the wisdom of the Speaker, whether the motion can be taken up immediately or subsequently – we will be guided by the rules.

Asked whether the intention is to topple the government, Sangma said that the opposition does not predict because what happens in the house cannot be taken for granted in advance.

“The purpose of today’s sharing our intent before you is precisely to send this message loud and clear - whoever loves the state and whoever wants to protect the interest of the state, I think they will definitely look at their respective roles and realign their respective positive.”

To another query related to performance of the government in the House, Sangma said "What is being reflected is that the government is having a predetermined motive to hide everything at the cost of the interest of the state and that is very dangerous".

“That is glaringly visible in the course of the submission before the media outside the house and while replying inside the house. Therefore, what is being read by all of us is that there is a complete predetermined motive to somehow stonewall the whole truth from coming out. That is very dangerous when the government of the day is responsible to somehow stonewall any measures as per law from unearthing the truth in the best interest of the state".

He reminded that any issue brought before the house is for the interest of the state and whatever information becomes the property of the house and the people adding the executive is accountable to the legislature, which represents the people.