The Moirang OC during the drug awareness campaign appealed “not to waste money on leela, drama and song, instead use the money on drug issues”. 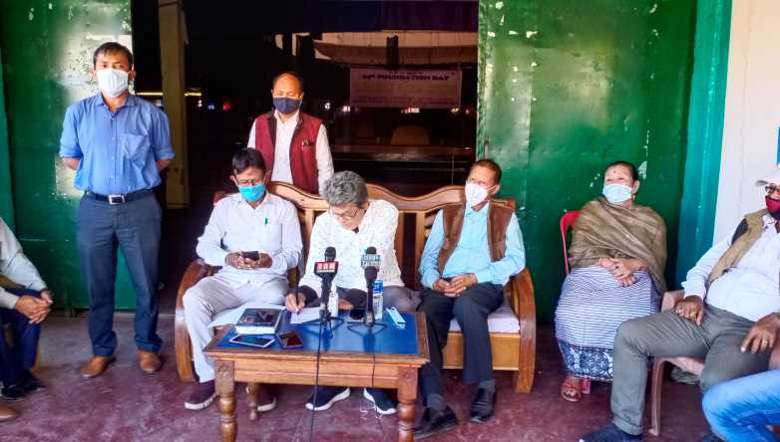 Artistes’ community of the state has sought apology from Moirang police station OC RK Anilkumar for reportedly making remarks that hurt the sentiments of artistes in Manipur, while addressing a drug awareness campaign.

According to a report published in a local daily on Saturday, the Moirang OC during the drug awareness campaign appealed “not to waste money on leela, drama and song, instead use the money on drug issues”, the communities pointed out during a press conference held in the complex of Iboyaima Shumang Leela Sanglen, Imphal on Monday.

Asserting that there will be no civilisation without arts and culture, he said that it is very unfortunate that a police officer who is maintaining the law and order of the state does not know the value of arts and culture.

“Such person is not fit to be a police officer as only a lunatic person can make such a statement,” he added.

Lifetime secretary of MSSLC Sh Hemanta said that the statement of Anilkumar hurts the sentiments of the artistes.

Since the past many years, Shumang Leela has been a big and successful platform for spreading awareness on drugs, HIV, peace, harmony and love among different communities.

Arts and culture has not encouraged people to do things which can cause hatred among one another or influence people to use drugs or other negative things, he added.

Saying that a JAC against derogatory comment given by Moirang OC Anilkumar has been formed, Hemanta cautioned of launching democratic forms of agitation if the OC fails to apologise within three days.