Lung Cancer Awareness Month: The only mantra to prevent lung cancer is to STOP SMOKING. 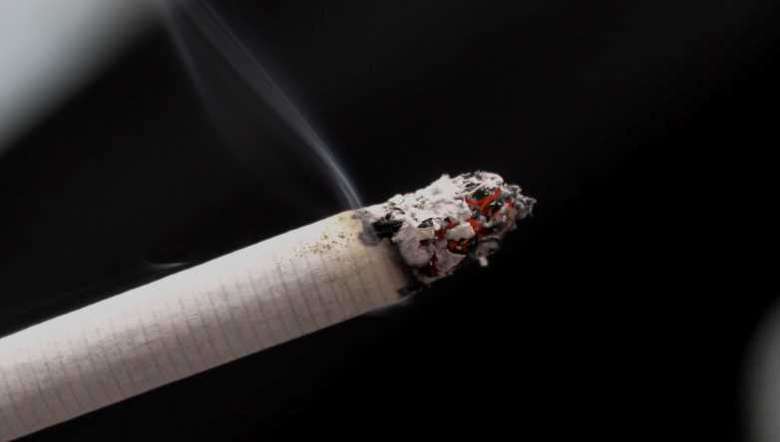 Worldwide Lung Cancer remains the most common cancer diagnosed and the number one killer amongst cancer. Nearly 21 lakhs new Lung Cancer were diagnosed in 2018, with nearly 18 lakh deaths, which represents close to 1 to 5 cancer deaths. Lung cancer is the third most common cancer diagnosed after breast and oral cancers in Indians. Nearly 1 lakh Indians are projected to be diagnosed with lung cancer in 2020. It is one of the commonest cancers that one in 100 Indians will develop Lung Cancer in their lifetime.

The single most important cause of Lung Cancer is smoking cigarette. Nearly seven out of 10 lung cancers are caused by smoking cigarettes. However the disease also occurs in non-smokers, probably due to environmental pollutants and partly genetic make-up of an individual is responsible for a minority of lung cancer.

Every year, the month of NOVEMBER is observed as Lung Cancer Awareness month. The intention of observing is to encourage people to seek medical advice sooner, to encourage early diagnosis ensuring the best possible chance of treating the disease effectively, and to highlight other important factors that influence patient outcome, educating about the complexity of lung cancer, the variety of people affected, to raise awareness of the far reaching impact of the disease and to challenge the stigma associated with Lung Cancer. Furthermore, lung cancer awareness month is an opportunity to highlight advances in treatment, better access to care and importantly to show our support for patients and their loved ones.

It is a common misconception that Lung Cancer is only a smoker’s disease. Increasingly Lung Cancers are diagnosed in former smokers or people who have never smoked. This misconception that lung cancer occurs only in smokers has been linked to poor outcomes, due to factors such as delay in seeking treatment, disease related distress, reduced social support and lower quality of life.

Diagnosis of Lung Cancer is usually made at the advanced stages as symptoms are usually subtle at the earlier stage. However some symptoms and signs in which Lung Cancer can present includes:

1. A new cough that is persistent or worsens, or a change in the existing chronic cough

2. A cough that produces blood

7. Lung infections such as bronchitis or pneumonia

9. Difficulty swallowing or pain while swallowing

Advanced Lung Cancer may also present as bone pain, swelling of the face, arms or neck, headache, dizziness, jaundice or a lump in the neck or collar bone region.

Due to insidious symptoms and signs and poor access to proper medical facilities, lung cancer are often diagnosed in a later stage. Only 15% of the lung cancers are diagnosed in the early stage where a curative surgery is possible. Surgery includes either removal of a lung or a part of a lung also called as Lobectomy. A fraction of patients have localized tumour, which are operable, but have poor general condition, which precludes surgery are treated by radiotherapy. Radiotherapy is the main modality for locally advanced tumours. Most lung cancers are diagnosed in stage IV, which means the cancer have spread outside the chest cavity or to the other lung. These stage IV cancers are traditionally treated by Chemotherapy.

Recent advances in medicine allows this to be treated with targeted therapies or Immunotherapy with less side effects and better outcomes. Targeted therapies are indicated for patients where their tumours express certain genetic mutations. These targeted therapies are now the treatment of choice in the management of patients with these mutations. Immunotherapy is another treatment modality where the body immune system is modulated to act against the cancer cells. Immunotherapy is being used as the treatment of choice in many stage IV cancers in the last 5 years. Tasuko Honjo and James P Allison were awarded the Nobel Prize in Physiology/Medicine in 2018 for their discovery on Immunotherapy. This can be given in weak patients where chemotherapy is not possible. They have a toxicity profile different from conventional chemotherapy. We all are indeed very blessed by the discovery of the two scientist which opens up a new dimension in cancer treatment.

Smoking is the single most important factor for lung cancer. Quitting smoking at any time reduces the risk of lung cancer in a chronic smoker. Even complete abstinence of smoking even for a week prior to surgery is associated with better outcomes. So it is never too late to stop smoking. A simple model for any medical practitioner to follow for comprehensive tobacco cessation programme is the WHO 5 A’s model or AAR (Ask, Advise and Refer).

1. Ask: Ask about smoking - systematically identify all tobacco users at every visit.

2. Advise: Advise on the benefits of smoking cessation – strongly urge all tobacco users to quit.

4. Assist: Assist quit attempts – aid the patient in quitting with pharmacotherapy or counselling

Ask, Advise and Refer to a centre with resources for counseling, pharmacotherapy and follow up is the simplest model which can be followed by every health care worker including ASHAs.

The best way for early diagnosis is screening of high risk individuals with routine low dose chest CT scan. In a country like ours, with poor health infrastructure, the best way for early diagnosis is to maintain a high level of suspicion of lung cancer on a chronic smoker by the medical practitioner for any chest symptoms. However the only mantra to prevent lung cancer is to STOP SMOKING.