While citing the recent incident of Irang Bridge collapse, Behring suggested that these bailey bridges cannot bear the load of heavy trucks. 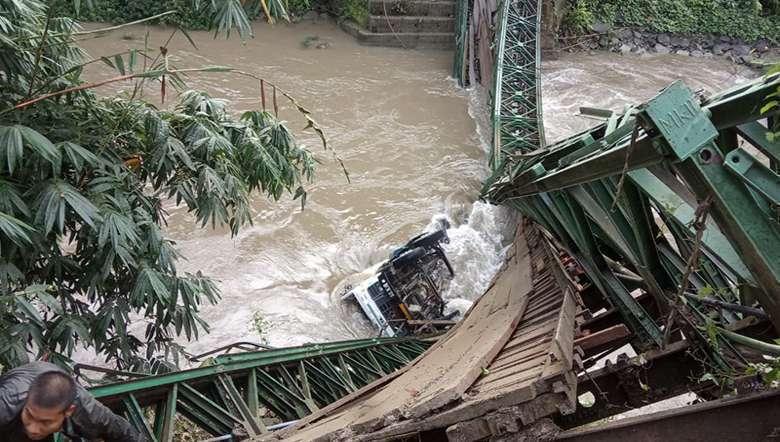 Former MP of Rajya Sabha, BD Behring has appealed to the authority concerned to construct bridges along National Highway-37 similar to Sanjenthong Bridge or 2nd Hooghly Bridge or the 2nd Howrah Bridge instead of Bailey bridge

Behring, who is also the former MLA, stated in a release that incidents of landslides and bridge collapse along national highway-37 (Imphal-Jiribam road) is frequently occurring particularly during the rainy season. As a result the highway has remained in bad condition most of the time halting the vehicular movement for many days.

He said that at present repairing and maintenance of the highways is done by National Highway Infrastructure Development Corporation Ltd (NHIDCL) and the work included the bailey bridge over Barak River, Makru River, Nungdol River and Irang River.

While citing the recent incident of Irang Bridge collapse, he suggested that these bailey bridges cannot bear the load of heavy trucks and it is also difficult to construct slab bridges as it is impossible to construct pillars for the bridge due to the swift current of the river. Hence it would be much better to construct without pillars just like Sanjenthong Bridge or the 2nd Hoogly Bridge or the 2nd Howrah Bridge, he added in the release.