A tribute to my mother 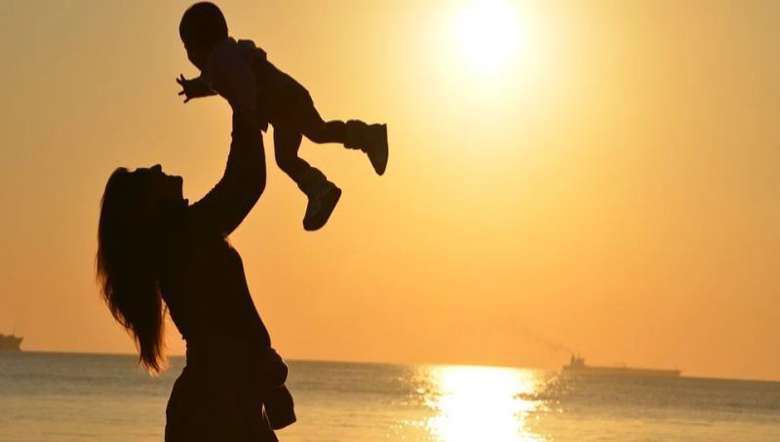 Where do I begin?
What best describes her?
Which Adjective suits her?
The modest smile. The gentlest soul. The kindest heart. The complete woman.

My mother could effect enormous changes with her stoic silence. She could move the mountains with her toothy laughter. A no-nonsense demeanour that often crumbled like a pack of cards. A peculiar kind of loyalty found only in fairytales. Anger, I am the first hand account of the lava that erupts on occasions shimmering down to marks on my bareback and legs. I began my life under the watchful scrutiny of my parents. High expectations and higher ideals were the blueprint of my growing up phases. The one made increasingly challenging with having my dad from Armed Force background and mom being mom.

No amount of preparation can ready a child for a parent’s death. No amount of ‘Men don’t cry’ comforting can stop a child from filling a bucket.
Did I know that She won’t make it? The hard, honest, and undeniable truth is that I didn’t know. When you spend your entire life under them, it gives an impression that parents are lasting and strong as The Oak. She was sick. But She wasn’t dying. After all, this was the same woman who suffered the gross calamity of bearing three unsuccessful child births. I can’t for a life in me, imagine the pain, the loss, the feeling of misfortune and despondency, my parents, especially She had to undergo. Anyone else in her place, would have had her spirit broken, mind derailed, infact her world turned upside down. She remained defiant. Unprecedented.

This woman was extraordinary. This woman bordered on a ludicrous realm nestled between fantasy and reality, and yet, She was so human. Every setback that took her two step back, thrusted her three step forward.

My mother had lots of limitations. Hailing from the poorest and most backward part of Manipur (Duthang village) She could study still class IV only. But that didn’t stop her from setting the record of being the longest serving Treasurer of United Christian church, NJP. Her enthusiasm for learning and knowledge knew no bounds. She taught herself calculations, English hymns, and to top it all, Hindi. A mid twenty woman from Manipur, who could barely speak Manipuri, in course of her time in North Bengal became fluent in Hindi. An achievement I am super proud of. There are numerous snippets of her surprising acts which remain to astound me – once She landed at my boarding school in Darjeeling unannounced. I couldn’t believe my eyes. My mother had never ventured out on her own, let alone travel to Darjeeling. And here She was… a mother who faced all odds to see her son.

We would have numerous conversations ever since her treatment began. A diabetic from her days of Siliguri (our family shifted in early 1990 due to dad’s profession) but that never became a stumbling block for her. Driving her to Imphal, getting admitted in RIMS, every round of dialysis, every insulin shots, and humongous amount of tablets, all in the backdrop of a global pandemic arriving in our state. Never did She complain, never was She afraid. Ever defiant, graceful, patient and brimming with love. Such was her unyielding spirit and optimism, my sister and I never had any premonition of her untimely death. Even at the crucial stage, lying on the ICU bed with tubes protruding out of her mouth, She remained unafraid. At the doorstep of death, She chose to go down on her own terms. What gall!

We watched her incapacitated. We watched her letting out soft groans. We watched her fighting for an ounce of breath. And She watched us too. She watched a daughter growing into a woman. From waking at early hours to administers the daily round of dialysis to injecting insulin, discharging household chores to taking care of father. She watched her mature into a confident, independent, and dependable woman. I lost my mother but my sister, apart from losing her mother, also lost a friend, a mentor, a confidante. She watched and sighed in relief. She also watched her truant and good for nothing son picking up responsibilities, better late than never. A boy who often took her for granted is today a man who signed on her death certificate. A boy who grew feeding off her hand, disciplined through her broomsticks, chappals, and anything usable in the kitchen, is today giving it back to the younger crowd. Today, this man is filled with gratitude, blessings, and love for her watchful eyes, loving heart, and unbroken spirit. The tears he shed were more of gratitude than regret.

She held my hand as a cherubic three year old learning to walk, and I held her hand while she stood on the escalator or crossing the traffic. She hid me under her shawl when lightning struck, and I made her grip my shoulder when pillion-riding on my scooty. I’ve never felt happier or luckier when following her to grocery shopping and watching her haggling and negotiating. The simplest combination of rice and Ngari (dry fish) chutney tasted heavenly when fed by her hands. I can’t say the same for all the fancy pastas, pork curry or dal cooked by me. Even the severity of Typhoid could do me no harm when I lay by my mother’s arm. Every Paracetamol, Antibiotic, or Benadryl worked wonders when administered by my mother’s hand. Her prayers kept me from all the adversities, evils, and misfortunes of the world. My Mother’s Prayer.

A mother is synonymous with sacrifice. My mother exceeded any and every mortal limit of sacrifice, and this comes from one of the most selfish person alive. My mother was a paragon of selfless service, care, and understanding. Never demanding. Never asking. Never taking. Always giving. With a smile, with a prayer, and sometimes with a warning. She gave to her children, her husband, her friends, her church, and when God came calling, She gave herself too.