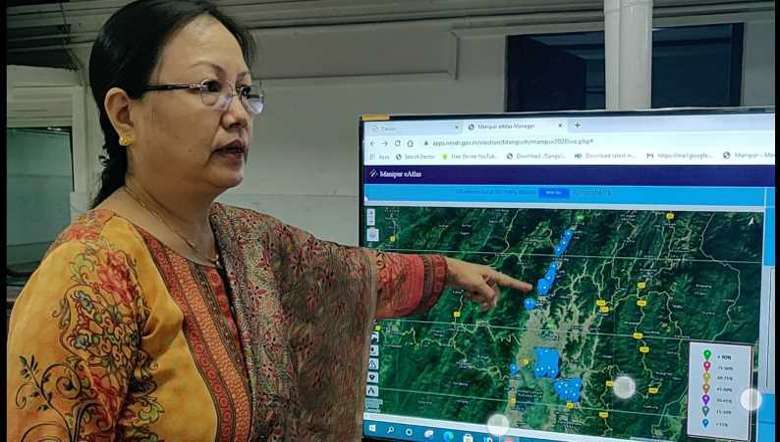 The by-elections to be held in Manipur to fill casual vacant seat in the state Legislative Assembly Election 2020 will use new apps–eAtlas, Traccar and BoothApp for smooth conduct of election and real time monitoring of election-related activities, Database Administrator, Office of the Chief Electoral Officer, Manipur, L Sujata Devi said on Friday.

The database administrator highlighted that the eAtlas will be implemented for election planning, monitoring and real time decision making on Poll day using geospatial technology. It will help in monitoring the safe arrival of the poll personnel at the respective polling stations, to capture and instantly report for incidents and alerts for EVM/VVPAT malfunction and real time reporting which is made visible on eAtlas dashboard, she said.

Further, she stated that Traccar, an App with GPS is being installed on sector officers’ mobile for tracking, accessing and reporting real time locations on the Traccar Dashboard. Booth App will facilitate in faster identification of voter using encrypted QR code from the digital marked copy of the electors. This will reduce the queue, helps in faster polling and allows error-free recording of poll turnout without manual intervention, Sujata intimated.

The Booth App implementation will be in addition to the normal polling process and it will be handled by the Polling Officer - 1. As soon as the PO reached the polling station, a Geo-tagged selfie will be updated. The original polling process will continue as per the existing norms. The App will help in reducing the chances of bogus voting or duplication of votes, she added.

She also informed that Voter Turnout App provides estimated Voter’s turnout in real-time basis for every citizen. This new mechanism will simplify the data entry of two-hourly voter turnout and help in timely dissemination of the information on a real-time basis, she stated, adding that the app can be downloaded from Google Play Store and used by the general masses.

The Election Commission of India had announced by-elections to five Manipur constituencies on November 7 and the votes polled will be counted on November 10. The elections to the legislative assembly will be held in Wangoi, Wangjing Tentha, Lilong and Saitu.