With the Jiribam railway station already commissioned, the Imphal-Jiribam highway is becoming a highway of paramount importance for the state. For decades, NH 37 has been lying in a neglected, primitive condition with Barak and Makru bridges breaking down at regular intervals. 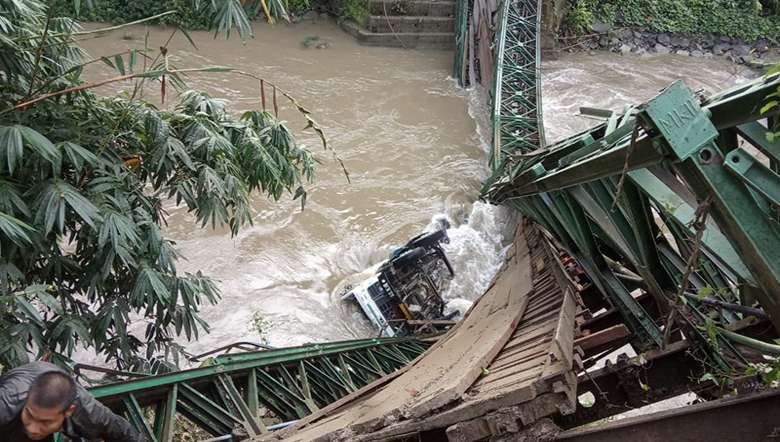 The national highwaysof the state are always in the limelight for all the wrong reasons. Manipur being a land-locked state highly depends on the highways for ferrying in food and all other goods including essential items, which is exactly why highway blockades have become a bargaining chip for groups who have an axe to grind with the state authorities or holding it to ransom for realisation of their demands howsoever petty it be sometimes. Even though, bandhs and blockades on the highways have been greatly reduced after the coming of the N Biren Singh-led government, it still remains a handy handle for hill-based groups to put pressure on the government or for airing their grievances. Besides, during the rainy season frequent landslides happens because of the soil conditions in this part of the country. Recently, the Imphal-Mao sector of National Highway No 2 was cut off after a 50 metre long portion sank at Khongnem Thana about 15 km away from Maram following incessant rains. We all know, the Imphal-Jiribam road or National Highway 37 could not be trusted for the time being to be an alternative highway or carry the load of traffic of essential commodities, the latest incident being the collapse of the Bailey bridge over Irang River at Taobam village in Tamenglongdistrict taking down a sand loaded truck along with it leading to the death of the driver.

With frequent blockades, the road condition of the national highways has always been in the domain of public debate and demands for making the Imphal-Jiribam highway as an alternative lifeline with all its shortcomings has always been there. The present Chief Minister N Biren Singh once championed the cause when he was an Editor of a daily newspaper. And the Border Roads Organisation (BRO) in charge of the maintenance of the highway then was the villain. Now, the National Highways & Infrastructure Development Corporation Ltd (NHIDCL) has taken over the responsibility of the highway, and at least some changes in highway management and road condition became visible, even though a transport group have been crying foul of the new agency also as well and persistently demanding that the highway construction and maintenance should be handed over to them. 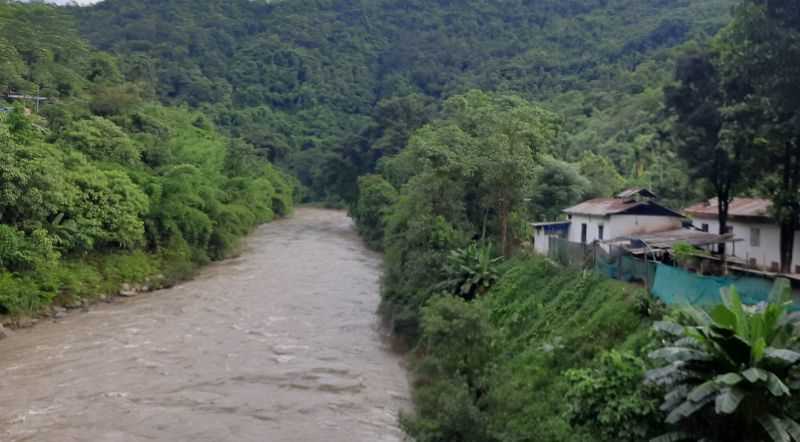 While one wonders why National Highways should be still linked through Bailey bridges even after seven decades of Independence, there is some perceptible change in the development of the highway after NHIDCL took over or N Biren Singh government came into being. Works for construction of pucca bridges over Barak and Makru has already begun in right earnest even though the construction activities were frequently disrupted over land compensation issues and other reasons. The projected completion of the said bridges was in April 2019, but it has been delayed. But still, the work has been started and nearing completion and one should be able to appreciate it.

Bharatiya Infra Project Ltd started construction of new Barak and Makru bridges since 2017 as its work agency with NHIDCL as the implementing agency. The total cost of the two bridges is around Rs 109 crore. The NHIDCL has already floated a tender for construction of 4-Lane Bridge over Irang River on Imphal-Jiribam Road Section in September last year with an estimated cost of about 31 crores.

The November 1 collapse of Irang Bridge was indeed a tragedy and once again certain groups are calling into question the management of the highway by NHIDCL. Now, the traffic has been diverted through Old Cachar Road, while efforts to reconnect NH 37 by erecting a new Bailey bridge at the same site is in the process. With the Jiribam railway station already commissioned, the 220 km long Imphal-Jiribam highway (NH 37) is becoming a highway of paramount importance for the state. For decades, Imphal-Jiribam highway has been lying in a neglected, primitive condition with Barak and Makru bridges breaking down at regular intervals.