Ima market vendors questioned why they should not be allowed to resume normal business when the government is allowing conduct of election campaign where people failed to maintain SoPs. 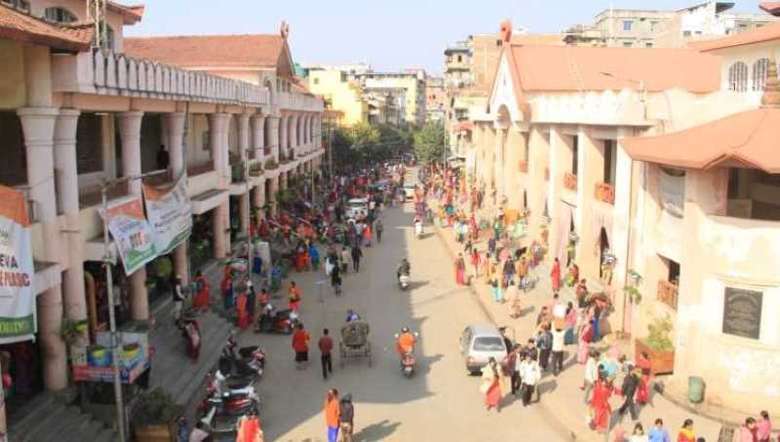 As hardships continue to mount for women vendors with the shutting down of Khwairamband Ima market for over seven months to contain COVID-19 pandemic in the state, many licensed vendors of the market has urged Chief Minister N Biren to reopen the market for at least a few days for Ningol Chakkouba celebration.

Speaking to the media at Manipur Press Club on Thursday, L Ibeyaima, one of the vendors, said that many women of the state solely depend on this market. But with the shutting down of market for more than seven months since March 21 as preventive measures to control COVID-19, their suffering for livelihood has been growing gradually.

"The challenges driven by closing down of market have reached an unbearable level. As such, we are requesting chief minister to at least allow us to reopen the market during this short period ahead of Ningol Chakouba," she said.

Saying that the festival comes only once in a year and is a time when majority can make a good sell, she stated that allowing to reopen the market would bring some relief for the women vendors.

Ibeyaima also warned that they would take up various steps if the government failed to materialise their demand.

Pointing to the reopening of other markets such as Thangal Bazaar, Paona Bazaar, Lamlong Market, Pishumthong Market, she condemned that allowing some other popular markets and not allowing Khwairamband Ima Market is unfortunate.

The state government should come up with some feasible and pragmatic solution for the Ima Keithel as well; unless many women vendors would die of starvation, she added.

Another women vendor, G Saya questioned why the women vendors should not be allowed to resume normal business when the government is allowing conduct of election campaign where people failed to maintain SoPs.

“We can make sure that SoPs are strictly adhered to as we value our lives,” she assured and urged the government to reopen the market at the earliest by considering their hardships.

There are four markets under Khwairamband Ima Market. They are Purana Market, Lukshmi Market, New Market and Temporary Market. In these markets, around 10,000 women vendors sell various types of items during normal days.