The United Committee Manipur urged Manipur government to seek Centre's intervention in highway development in the state, saying major lifelines of the state are in bad shape.. 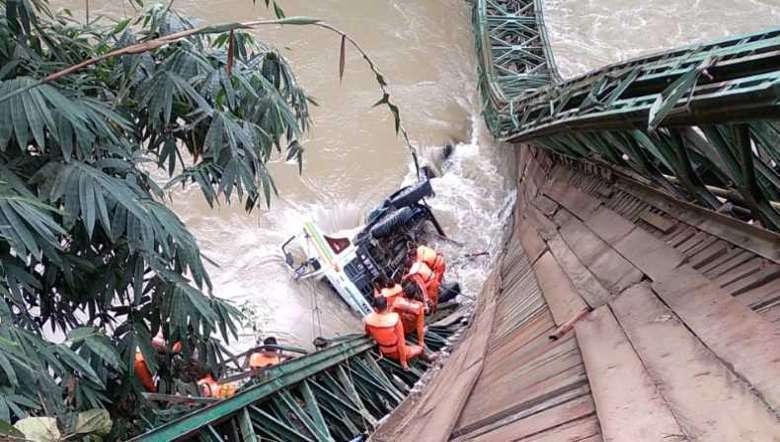 The United Committee Manipur (UCM) has condemned the silence maintained by the National Highways and Infrastructure Development Corporation Ltd (NHIDCL) over the recent collapse of Irang Bridge on NH 37. It has appealed to the state government to urge the Union Ministry of Road Transport and Highways to hand over the contract of road construction along national highways to the Public Works Department (PWD) of the state government.

A release by UCM stated that the collapse of Irang Bridge along National Highway-37 (Imphal-Jiribam Road) on November 1 which claimed the life of one was an unfortunate incident which should not be taken lightly.

There is an essence of conducting proper investigation on how the bridge collapsed, what are the steps taken by the National Highways and Infrastructure Development Corporation Ltd (NHIDCL) and the consequent steps to be taken against the company.

The Central government considers Manipur as the ‘Gateway to East’ and always expressed it as their most important state of India. But most of the stretches of national highways of the state, which are the lifeline of Manipur, are not in good shape. The state government should draw attention in this regard and take up appropriate actions, it added.

It further stated that despite being the constructor of the collapsed bridge, NHIDCL has not responded to anything till date and it is highly condemnable.

National Highway-37 was in a dilapidated condition and the construction works were delayed for a long period of time. Considering the people’s difficulties, the road construction was handed over to NHIDCL from BRO. But even NHIDCL has started doing their work in an irresponsible manner, the release stated.

As the people of the state are the main passer-by of the highways, it would be much better to give the responsibility of construction works of the highways to PWD and the state government should take appropriate steps in this regard, it added.