A Rejoinder to the 'Haraothel Bikini'

There is a tendency to conveniently forget the past and write a new history and this is followed by all communities in Manipur. Facts are facts and one have to remember that the past is a brutal world and many atrocities were committed on one community by the other. That was the life then, writes RK Nimai. 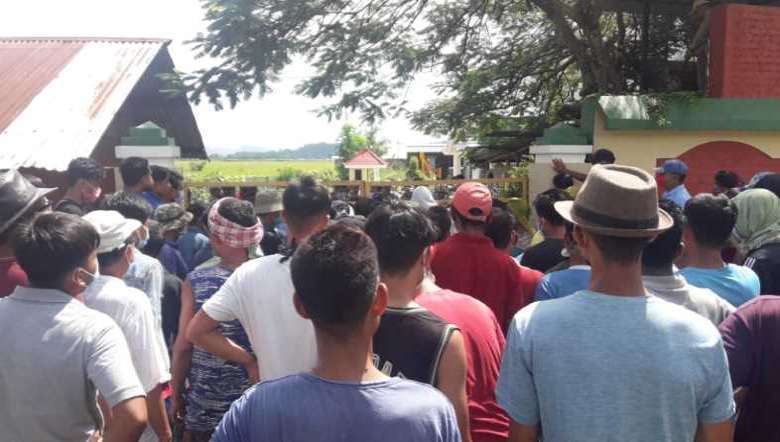 This is a rejoinder to the response to this author’s article “Conflict on Land for NSU” published on 21st October entitled “The Haoraothel Bikini” published on 29th October. This covers responses to certain contentions of the author who took it personally by referring to the name of this author not less than five times.

The main thrust of the response is that the Darbar has no authority to declare hill areas as reserved. This contention is a priori fallacious based on a misconception believing that the Rules prevailing now was also prevailing then. The Rules for the Management of the State of Manipur which was prevailing in Manipur during the British regime do not distinguish the hill and the valley areas. What was laid down in the Rules is that the Hill people will be administered by the PMSD. If the area reserved was not inhabited by anyone and was not contested then, the Darbar has full authority to do so and in a few cases the Hon’ble High Court had confirmed the status. The non-contest during those days confirms that the land reserved was not occupied or used by anyone be it hill or valley. If there was a contest at the time and one party belong to the Hill Tribe, such reservation could not have been made as the matter would have gone to the Political Agent. It was only when the Constitution was passed that vide Art 371C that the distinction of Hill areas was made, during the British time there was no such distinction.  Hence the postulate that the Darbar has no authority is ill conceived. There is a map and dag chitha of all such reserved areas and that is the reason why this author had made a plea for the government to look into all aspects before coming to a final decision. Let all parties bring out their documents on which they relies their claim, including what this author mentioned that Haroathel was included in Senapati District in Census 2011. There is nothing hidden in his article, except that as the place is given a Dag number within IW which was surveyed, it deserves to be in IW. However, his final prayer was for the government to look into all records which was conveniently ignored in the response.

There is no denying the fact that Manipur valley was thinly populated then as also the hill hence land dispute was uncommon then but with population increasing everywhere, land dispute is bound to rise and is rising. How do one determine who has the rights? It has to examine the past records and history. The laws applicable at present cannot be applied when different laws were applicable then. It may also be understood that that the claim on Haroathel is not made by Lailon Vaiphei which is located in Leimakhong area but by L Tangnaum a comparatively newly established village. The claim of Konsakhul also need verification and the cases referred to by both villages as mentioned in this author’s earlier article are similar and therefore only one can make a claim and not by two different villages based on the same rulings. Therefore the details of the four cases referred to by Konsakhul, and L. Tangnuam need to be properly verified.

There is a tendency to conveniently forget the past and write a new history and this is followed by all communities in Manipur. Facts are facts and one have to remember that the past is a brutal world and many atrocities were committed on one community by the other. That was the life then. One cannot judge a 18th or 19 century incident with the 21st century sensibilities. Past is past also cannot be the norm. The Japanese have offered apology to the Korean women who were kept as sex-slaves during WWII. The apology was cathartic but paved the way for better understanding. That is the reason why the incident with Major Khathing was referred though it has limited relevance to the topic, except to support the statement that the KK Forest Reserve then was not dotted with villages as it is now. Incidentally the number of Kuki villages now recognised within the KK Forest reserve is many.

Communities committing excesses over the other is galore in our history. The Meitei have committed excesses to Chingjaroi under the Ayapurel and this can’t be denied. So also the Kuki committed excesses upon the Nagas during the Kuki rebellion of 1917-19. The followers of Haopu Jadonang killed Meitei betel leaf traders for which he was hanged but now he is regarded as a freedom fighter, even by many Meitei. These are indisputable facts but such incidents should not be related to the present but an apology of the past can only bridge the mistrust. Khagemba sent Tangkhul Head hunters to Cachar when the latter invaded Manipur and had to recall them back after a treaty was signed. Croats were Nazi supporters during WWII but now where are they? However there seems to be raw nerves on certain incidents among our communities, irrespective of who they are. What is the reason need a careful analysis and the findings will be illuminating!

This author had made a plea in his article for the Government to verify all the  records before arriving at a decision based on facts and records. This should be the role of the government, rather than acceding to those who can put maximum pressure. One have to realise that the laws for governance changes with time, and rightly so, but when certain issues of the past crops up it would be prudent to look into the past rather than settling it based on the belief that the same laws applied then and now and decide on which group can put maximum pressure. Such thinking can only create divisions among the various communities. The mention about the representation of the various communities in the present State Legislature has also no relevance to the present issue and that has to be decided separately by considering the claims and records on this issue.