The student bodies called upon the state government and concerned authorities to make cleaning up of MPSC a priority. 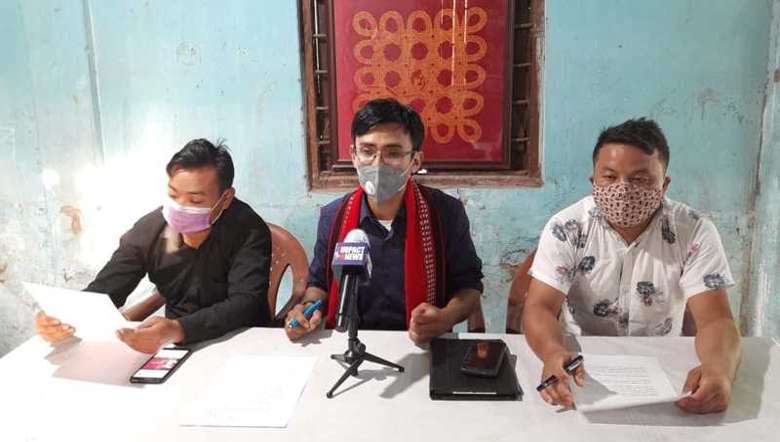 The Democratic Students Alliance Manipur (DESAM), the Apunba Ireipakki Maheiroi Sinpanglup (AIMS) and the All Naga Students’ Association, Manipur (ANSAM) have demanded exemplary punishment for every culprit involved in any form of corruption in the Manipur Public Service Commission (MPSC).

The student bodies called upon the state government and concerned authorities to make cleaning up of MPSC a priority and ensure fair and equitable justice for all innocent candidates.

A joint release by the student bodies on Tuesday stated that they would not remain silent if justice is not served. The MPSC is hurriedly trying to conduct re-exam of MCSCCE 2016 mains before penalising those who are responsible for the MCSCCE 2016 fiasco and even before making proper rules. As such, it only creates doubts and distrusts in the minds of the public, the release said.

The MCSCCE 2016 was quashed by the High Court of Manipur for various lapses and irregularities in the conduct of the examination, it stated, adding that the MCSCCE 2016 fiasco should lead to clean up of every nook and corner of the premier recruitment and selection agency of the state.

Stating that one year has passed since the judgment was dispensed, the student bodies appealed to the state government to accord the case as highest priority. The student bodies question whether the youth of the state are not worthy citizens and that the aspirants of MPSC exams did not deserve justice.

It urged the state government to take a proactive role to ensure that the ends of justice are met. The government must do what is right and not what is convenient, the release added.

With regards to the MPSC, the student bodies also demanded that the government must take responsibility if MPSC is not upholding its duties. MPSC must not be allowed to conduct any examinations till the culprits are penalised, and they must be penalised at the earliest, it demanded.

While saying that the court had termed the rules of MPSC as a half-baked rule, it said that it is the right time to penalise MPSC for the misdeeds it has been doing for many years.

As such, MPSC must be ordered to bring out rules that meet the benchmark of the country. It is also extremely important to make accountable those who made half-baked rules. Every person concerned with wrongdoings leading to the MCSCCE 2016 Fiasco must be held accountable, the release stated.

There has been a long wait for fitting punishments to the culprits involved and two inquiries into the exam have already taken place, though with contrasting results (first in 2016-17 constituted by a Single Judge, and second in 2017-18 by another Single judge). The student bodies also expressed hope that a CBI investigation ordered by the Double Bench would bring out the culprits at the earliest.