The Manipur Human Rights Commission directed officials to submit action taken report on SOP violation to the commission on or before November 13. 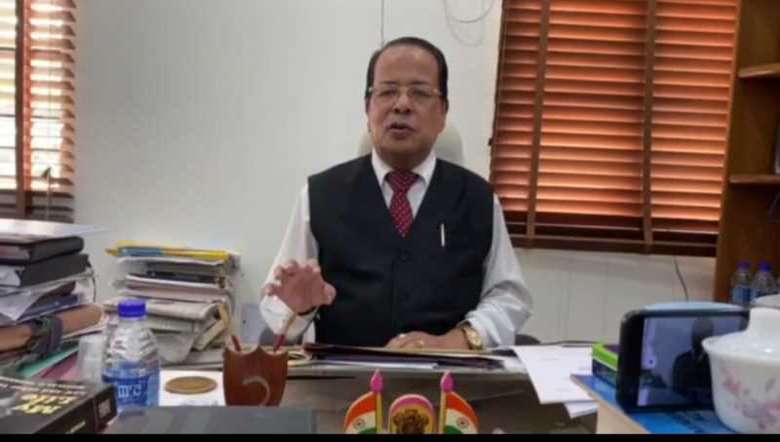 A forum of 16 clubs of Thongju Part-1-2, Imphal East district has filed a complaint before Manipur Human Rights Commission (MHRC) with an allegation of shopping mall, election camping, flag hosting, shopping becoming major source of COVID-19 spread. It said that SOP and guidelines are being violated during meetings, gathering for the ensuing by-election.

After considering the complaint, acting chairperson Khaidem Mani on Tuesday said that MHRC has taken up the suo-moto case based on media reports of violating SOP guidelines.

“Reports called from concerned authorities have also been received. However, the reports received and the present complaint petitions are totally different,” he said.

The reports submitted before the MHRC from concerned authorities are beautiful but effective implementation has not been done, Mani said, adding that every individual is responsible for following guidelines.