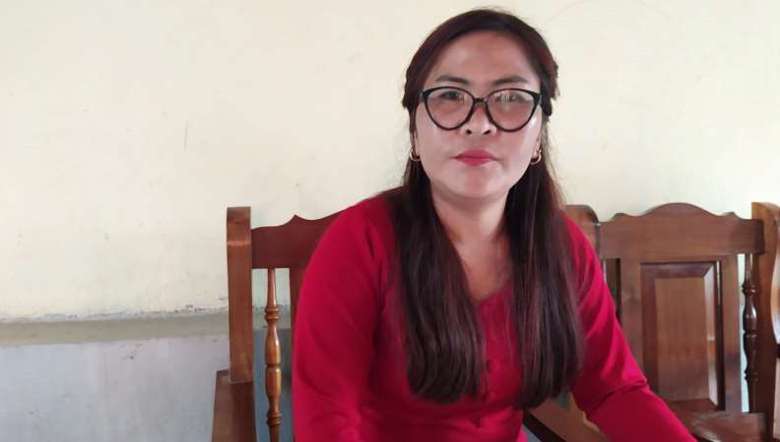 In a video clip sent to media, Mercy said, “On Monday night at about 10:30 pm INC candidate of Saitu assembly constituency Lamtinthang Haokip along with his three brothers break through her house and assault her family members and destroy some of her properties.”

She said the reason might be that her family is a strong supporter of the BJP. She strongly condemned the act where principal of Eklavya, Ngamkhohao Hapkip who is the elder brother of the candidate allegedly broke all the chairs in the house.

“If Lamtinthang can bring a change in the assembly constituency after winning the coming by-election then people can cast their vote for him,” she said.

Some video clips were also shared on social media and in the video clip INC candidate along with his security were seen breaking through the house of village chief.