Imphal West: Security beefed up ahead of by-elections in Wangoi 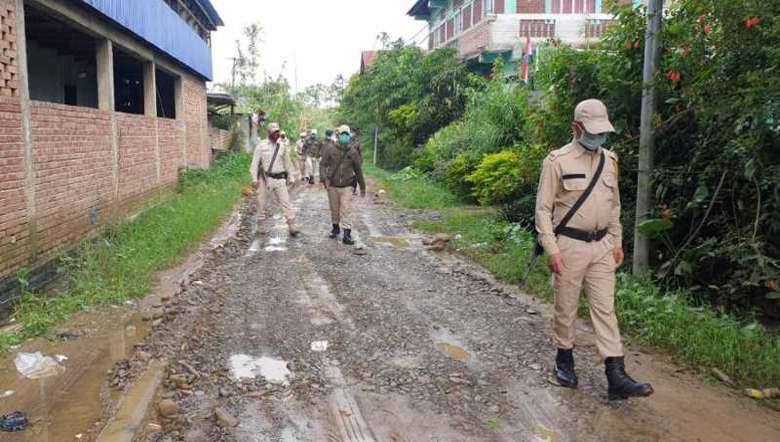 ​As a part of the security measures taken ahead of the upcoming by-elections in Wangoi Assembly Constituency, police teams across Imphal West district on Monday conducted various activities for ensuring a free, fair and peaceful election.

Foot patrolling and area domination exercises were also conducted in vulnerable areas and strategic locations like Luxmi Bazaar, Mayai Lambi and Wangoi Bazaar and frisking and checking was conducted at Paobitek Lamkhai and Oinam Sawongbung by Static Surveillance Teams.

During an intensified liquor drive taken up across the district of Imphal West, police were able to seize 131 litres of distilled Illicit Country (DIC) liquor, 622 beer bottles and 276 bottles of Indian Made Foreign Liquor (IMLF) from different locations.

By-elections in Manipur is scheduled on November 7 in its five Assembly constituencies.