Development possible only when there is peace and tranquility: CM Biren

CM Biren was speaking at the observation of the Rashtriya Sankalp Diwas (National Re-dedication Day) in Imphal to mark the death anniversary of former Prime Minister of India Indira Gandhi. 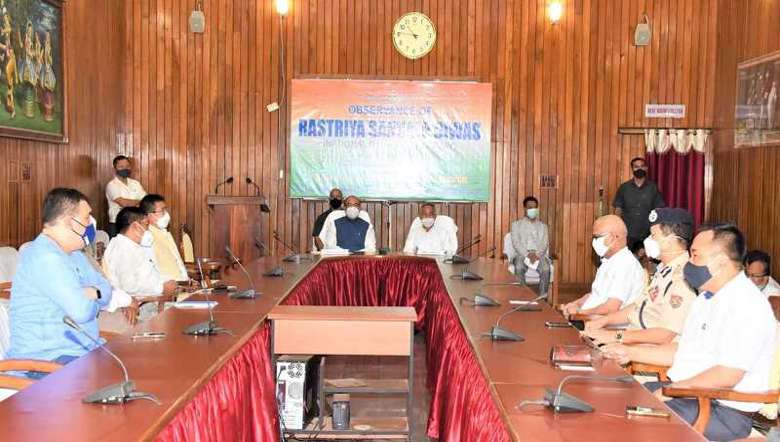 Chief Minister N Biren Singh on Saturday said that every community irrespective of any religion or caste should try to maintain peace because development is possible only when there is peace and tranquillity.

Biren made the statement while speaking at the observation of the Rashtriya Sankalp Diwas (National Re-dedication Day) at the conference hall of Manipur Secretariat (South Block) to mark the death anniversary of former Prime Minister of India Indira Gandhi. He urged the people of the state to take pledge of strengthening the integrity and unity of the country by following Indira Gandhi’s ideals.

The chief minister said that Indira Gandhi ordered military action against the militants holed up inside the Golden Temple, which led to her assassination by her own bodyguards on this day in 1984.

“It must have been so tough to take such a decision because she had to choose between the nation’s security and the sanctity of a religious place,” Biren said.

Mentioning about armed movements prevalent in some parts of the country, the chief minister observed that peaceful negotiation is the only solution because violence only creates misunderstanding among different communities.

Biren also highlighted the importance of strengthening the integrity of the country and to uplift the living standard of the people. Collective efforts should be made by concentrating more on bringing equal development in all sections of the society so that we may achieve advancement at par with the developed countries, he said.

Deputy Chief Minister Yumnam Joykumar Singh who attended as functional president said that even though Indira Gandhi is no more, her sacrifices for the country and high ideals are still remembered by one and all.

Joykumar also said that public leaders who come forward to serve the people should possess sacrificial spirit. The development which is witnessed in the present day is possible only because of the sacrifices made by the past leaders, he added.

Ministers, MLAs and high ranking officials of the state government also took part in the function.