The Conformist Parents and the Pseudo Gurus: The need of the war cry

Can we trust a rusted sword in the battle? Is it even worth it to take it to the battlefield? It would be fool enough of you if you ever thought of playing down a fleet of innocent lamb led by a wicked fox. Alloyed with all these tangled mess comes along the unstable story of the boy. 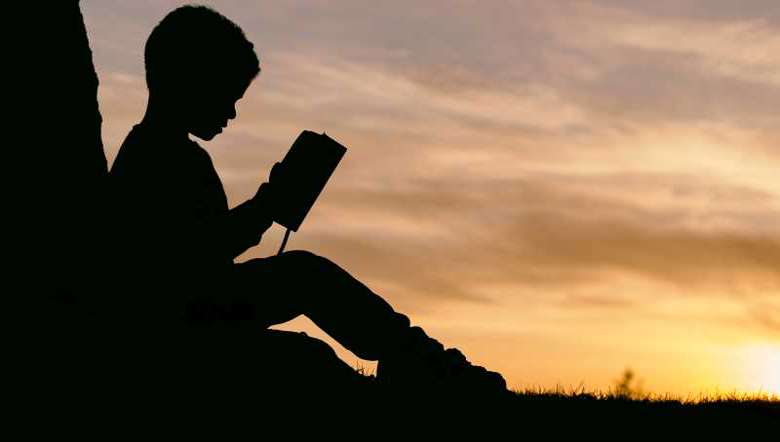 The shrill crying sound of the newborn disturbed the atmosphere of the natal care unit. However to his parents, the sound was a fountain of an unprecedented joy and happiness. His father could not help but to utter words of heavenly satisfaction and gratefulness calling upon God a million times like a religious fanatic. Look! My Science Giant has finally made it”. His father exclaimed, in his failed attempt to catch his breath. Inside the four walls and in the packed corner lies his word - the table, the chair, the piles of books, the theories, the formulas, the equations and the laws eagerly awaited his arrival. His visit calls for a lavish celebration. All the eminent teachers out there particularly the descendants of Albert Einstein should have done him the courtesy of giving a warm welcome as a way of showing gratitude to his parents for reproducing their key lifeline.

On the contrary, things always turned out the other way, quite unexpected and uncalled for. All they ever did was to make their minds crowded with the thought of how to give their students a brief and indirect highlight about the carbon copy questions which will assuredly appear in the question paper. The harvesting season usually seemed to start from January and continued up to the very last day when the HSLC (BOSEM) and HSE (COHSEM) terminated. It’s really mind blowing; a crazy profession. How could they gain such hefty package overnight? And he who hoards such tremendous amount only to be given away just for being dishonest with him is truly incredible as well. I now know why my instinct always told me to be an heir of my teachers. Now, I regret that I should have understood it long before so that I could perfectly train my mind, programmed it and install the long laid algorithm of fleecing students. I now also know the reason behind his father’s exclamation.

Oh, how fortunate I am to be a native of Manipur! Just a Xerox machine and a big mouth is more than enough. Only two or three loose lips and a new grand building are sure. “Knowledge is power” sure has something to do with knowledgeable and intellectual people.

The Story of the Boy and Education Covered in Rust

Future generation?  The foundation of Manipur?  The unbreakable pillar? The emerging pool of youths? Education, the only weapon which we can use to change the world is now covered in rust. Can we trust a rusted sword in the battle? Is it even worth it to take it to the battlefield? It would be fool enough of you if you ever thought of playing down a fleet of innocent lamb led by a wicked fox. Alloyed with all these tangled mess comes along the unstable story of the boy. One step off his small book centered world and he is a dead meat. He must work hard. He must push himself beyond his limit. He must outshine his friends. He must enter into a stiff competition. He must become a perfect person that the society looks up to with awe and admiration. In addition to all these inevitable duties, he was constantly brainwashed. He has nothing to do with the social disorders, the domestic chaos, the public protest and agitation and the pathetic political clashes. His intervention won’t make any difference. His voice won’t amount to anything.

While he is working, as if in compliance with a grave military command, in that suffocating cocoon for the sole betterment of his family, his outside world is falling apart. The lives of his friends and neighbours turned upside down. And he dared stand by, pretending to be unaware, and continue to solve the equations only to have his parents’ heart filled with unbounded contentment .But deep inside, he was dying for a life like that of his friends. He was acutely aching for a mom and a dad who are as considerate as his neighbours'. If it were not for his parent’s mutual love and attachment, he would have never had the opportunity to witness how the so-called next-to-God beings really are inside. If he was given a chance to unzip his lips, he would have definitely extolled them on their skills of tyrannizing their own blood in the name of love. Their unrestricted mania for their child to become successful served only to poison. The question of quality time is of no concern to them. Just two giggles with his friends is plenty to have them suffered from an instant cardiac arrest.

When the boy tried to make his voice heard

These creatures who are accredited to the continuation of human species, perhaps knowingly and willingly, put forward a whole new definition of success-to be always above friends, relatives and neighbours; a job with salary in not less than five digits, a grand house with the Great-Wall-Of-China like fencing; luxurious lifestyle and above all, a German Shepherd dog. Luck would have it, the boy happened to be, sort of, a rebel. He stimulated his masculine DNA and did whatever his hands could lay on, tried to make his voice heard, tried to widened his space, tried to stop assuming the role of a wind-up toy. Unfortunately, he ended up with the threat that he must face the dire consequences alone if he ever tried to play with fire again.

Some 20 years in the Kingdom of an autocratic ruler and he was not himself any longer. He was just an asset, a property and a treasure kept only for the sake of flaunting. Don’t call it unfair? Don’t deem it unjust? Consider it a priceless testimony and a challenge to your might, confidence and self-worth. You are not in an uncharted place. You are not in the wrong path. You are only in the hands of some beings who are annoyingly anxious to making you lead the life of their choice. And that too, at the expense of their own prize – “YOU”.

What you are feeling right now is only an outcome of your long association with the pseudo gurus. Nothing is wrong at this moment even if it feels like everything is fraying around the edges. You are exactly where you need to be to make it happen. You have it in you-everything you need to lead an exceptionally productive, unbelievably masterful and a magnificently autonomous life. They have been inside of you all along. You just got to ignite and let them shine. You can surpass the moon.

Student of Class-XII from Bishnupur, Manipur