This year, the festival of Mera-Houchongba falls on Saturday. 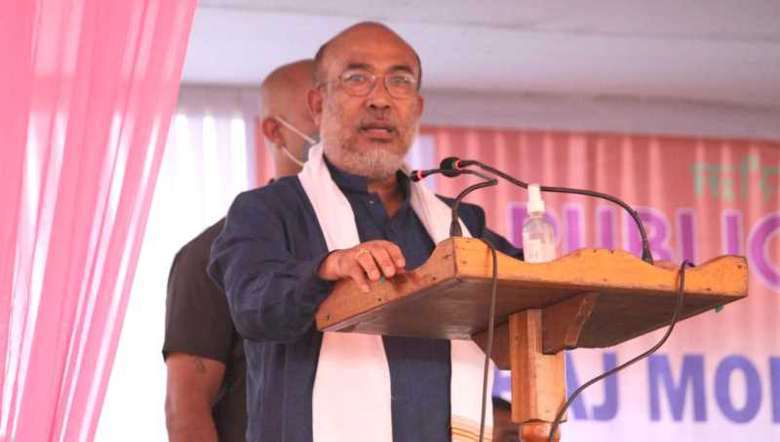 Manipur Chief Minister N Biren Singh, Speaker Y Khemchand and IPR Minister Th Bishwajit have extended their greetings and warm wishes to the people of Manipur on the eve of Mera-Hauchongba festival of the state. They called for renewed commitment to unity and harmony among the diverse community of the state.

“Lets us together reaffirm our unyielding commitment to unity and harmony among our different communities,” the chief minister said in his message.

Mera-Houchongba festival of the Meitei or Meetei community in Manipur is celebrated annually on the full-moon day of the month of Mera in the Manipuri lunar calendar since time immemorial.

The festival endeavours to promote brotherhood, peace and unity among indigenous communities living in the hill and valley of the state, stated the message. It marks solidarity among different ethnic groups in Manipur and symbolises the belief in the principle of pluralism and coexistence, the message stated.

Reiterating the message of the festival for unity, love and respect among brotherhood, Manipur Legislative Assembly Speaker Y Khemchand said in his message, Mera Hou-Chongba or Mera Wayungba is a festival of Manipuri culture and tradition celebrated to remember the bond of togetherness, love and respect between ethnic communities before they parted to live in different settlements in the beginning of civilisation in this part of the land.

“I, on this occasion, wish people living in the land warm heartfelt greetings to different communities in the state in the true spirit of the festival and its intent,” the Speaker said.

Khemchand said that the festival serves to remind the bond of brotherhood and togetherness in the forgone past by lighting lamps up in the air in their homes signaling their settlements to see each other from a far distance.

The IPR minister also extended greetings and best wishes to the people of Manipur on Mera-Hauchongba.

“May this year’s celebration of the festival bring peace, prosperity and brotherhood in the state,” the IPR minister said, adding that the festival aims to unite the people of the state while promoting culture, traditions and sports.