How Maneka Gandhi got the picture of Tamenglong wrong

There are absolutely no known smugglers from China or Myanmar who could possibly set foot in Tamenglong for the alleged “wildlife trade". 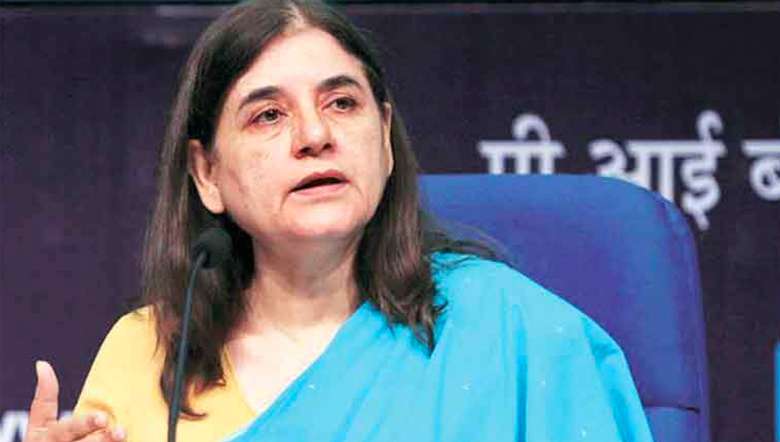 The letter was written by BJP MP Maneka Sanjay Gandhi to the Manipur Chief Minister months ago on February 27, 2020, which appears to be based on assumptions and overlooked facts about the hill district Tamenglong in Manipur. This is a response to the letter, in a bid to help clear persisting doubts or wrong notion about the region known not only for its deep-rooted traditions and cultural heritage, but also its rich biodiversity and exotic wildlife.

1. The perceived notion that Tamenglong has a wildlife trade market is a hugely broad assumption, which makes it an ignorant profiling of the entirety of the indigenous roots and lifestyle of the people there. The people have a familiar history of hunting and depending on the wild for livelihood and as a cultural identity. With the changing times bringing more options, hunting of wildlife has become less and less of an essential livelihood activity and those within the community itself who are concerned for the environment have been working towards bringing awareness on conservation and protection of wildlife. The drive to bring about this awareness is for the same reason that discreet selling and consumption of wildlife still happens on occasion, which in many aspects is a reflection of a socio-economic issue. Some members of the community still hunt and sell for livelihood and should there be an alternative source of income, these activities could possibly be curbed altogether. However, these activities are not enough in capacity to make up an entire trade market like the information in the letter suggests. While not perfect, there is progress being made. And these efforts and progress are at risk of being entirely discredited when broad assumptions are made. And to clarify, there are absolutely no known smugglers from China or Myanmar who could possibly set foot in Tamenglong for the alleged “wildlife trade".

Moreh is a trade town in Manipur on India-Myanmar border where people from both sides of the countries get common access through day passes. This pass does not include access to any area in the state beyond Moreh or to Tamenglong, which is situated remotely in the state. Manipur shares borders with Myanmar, but Tamenglong district is located far away from the same borders. And, the distance from Moreh to Tamenglong is about 242 km (via NH 102) long.

The assumption that Tamenglong shares the same borders is a geographically problematic generalisation. No mafia gangs of the sort mentioned in the letter have ever been known to exist at any point of time in the territory and all the animals listed in the letter are certainly rare, and therefore, definitely not available openly in the market like the letter alleges, nor at the local people’s beck and call. If ever such smuggling or underground activities were to exist, the society itself would condemn it.

There are customary principles built around the indigenous people’s collective relationship with nature. The hunting act in itself is surrounded by rules relating to season, location, and quantity.

Fun fact: Tamenglong ecologically does not have crocodiles.

2. What is globally known at present based on medical research is that the coronavirus likely came from bats. The people of Tamenglong or Manipur, for that matter, do not eat bats. They never have and they probably never will. The letter explicitly said that Manipur will or might already have an outbreak of the virus or similar viruses because of the people’s food habits and suggested that the people of Tamenglong get tested. This was before the first case of COVID-19 was reported in India. And as per reports, the first case was eventually brought into the cities of India from overseas (Europe). The fact that the letter assumed an outbreak among the people of Manipur or Tamenglong is a hugely stereotypical and racist statement.

Manipur was one of the first states to become a green zone, the single case that the state initially had was a patient who had contracted the virus from the UK. The patient recovered and the state now has active cases only because the government started to effectively bring back its citizens who were stranded, abused and starving in other parts of the country.

3. The people have a collective, painful memory of a long history of insurgency, violence and struggle. The society is wary of guns too. To put it quite simply, no, people there are not roaming openly with guns and using them for mindless wildlife killing, like the letter states. And there is a record of villagers having surrendered their airguns and likely other hunting weapons as a result of an awareness campaign conducted by the Rainforest Club Tamenglong. As previously stated, there is progress being made which simply cannot be overlooked or masked by older records. There are no protected forests listed officially, some villages have specific forest parts listed as community areas. All other land areas are mostly privately owned, the people’s identity is hugely attached to the land they are part of. This is a testament to the indigenous values and way of life which the letter by Maneka Gandhi continually overlooks.

4. In the past, dog meat consumption in the Northeast has been publicly pointed out. There has been a public rallying for its ban, pictures have been circulated widely. Granted, it is a fact that dog meat consumption has been considered an expensive and special culinary tradition for ages among some communities of the Northeast. The concerned governments and authorities are in the process of banning sale and consumption of dogs and there are outlets in the Northeast stated working towards sensitisation of this issue. But as far as Tamenglong is concerned (because this is what the letter says) there is no open dog meat market there, dogs are not sold openly on the main roads and there is not a single shop with a signboard saying they sell dog meat. This is a serious implication, and proper research and fact checking would prove this wrong.

5. There are no actively functioning vets in Tamenglong. The community is open to medical care for animals and there are members of the community pursuing courses on the subject matter and conducting research in this field. Having a vet in the community is currently not a collective concern because the people being from indigenous roots have been acclimatised to relying on common traditional knowledge in regard to their relationship with animals and nature and their surroundings as a whole. Also, in many ways, the people of Tamenglong cannot afford to have access to vets and medical care for animals as a prioritised need because there exists several other urgent needs that directly affect their livelihood. This is a reflection of the pace and progress of development in this part of the country and makes for entirely another discussion.

6. The letter also suggests checking the local people for Coronavirus. A testing of the whole community would have been a welcome call at the time as people were concerned and the authorities were already implementing precautionary measures. But suggesting that the people be tested on the grounds listed in the letter is an utterly racist and ignorant remark.

7. The letter, back in February 2020, explicitly stated that the whole country “stands in danger because of the laxity of one state” because “every law of India is being broken.” This is recurrent proof of the stereotypes associated with the Northeast and Manipur and Tamenglong in this case. This letter by Maneka Gandhi contains a list of huge stereotypical assumptions and generalisations which are both directly and indirectly racist to the core, and all the letter does is reassert and impose the very same ideas upon Tamenglong and the state of Manipur in this context.

All in all, the core sentiments of the letter directing the government to do its job in actively protecting and conserving animals and the environment are to be appreciated. However, there is definitely a need for rebuttal of some certain ideas mentioned in the letter that appear to have been founded on false information and lopsided research. There is a need to refute false information and open discussions on the gaps in between, because ultimately, the goal on every side is mutual - it is to do better, to learn, change and improve. Only when the walls of sketchy generalisations are broken can we truly build a mutual understanding to help, receive help and move forward.