IFP IMPACT: The restoration of the damaged road took place barely a day after the 'Imphal Free Press' published the news of soaring prices of essential items in the state as goods trucks remained stranded for nearly a week. 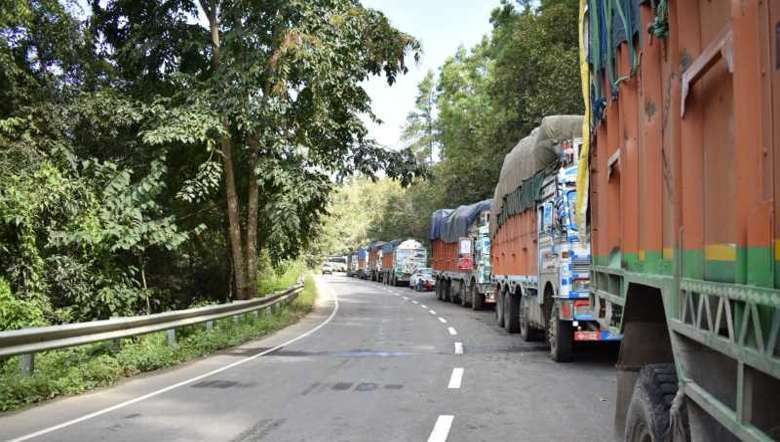 The Imphal-Dimapur road on National Highway-2which 50-metre stretch at Khongnem Thana area, about 15 km away from Maram, was damaged by a massive landslide following heavy rainfall was restored on Wednesday.

The restoration of the damaged road took place barely a day after the Imphal Free Press published the news ofsoaring prices of essential items in the state as goods trucks remained stranded on both sides of the road for nearly a week. The road linking Manipur with Nagaland and which serves as a main lifeline to Manipur was restored about 5.30 pm Wednesday.

All Manipur Road Transport Drivers and Motors Workers Union general secretary Anil Maimom told the Imphal Free Press over the phone that all the vehicles stranded on both sides of the affected stretch at Khongnem Thana have crossed the area.

The massive landslide at Khongnem Thana in Senapati district along the National Highway on October 23 cut off the state and left over 300 goods vehicles, including trucks and their drivers, stranded along the highway. A truck sank along with the damaged portion of the road. Several passengers were also stranded.

Maimom told theImphal Free Presson Tuesday that he was told by the concerned department that repairing work of the sunken stretch of NH-2 might be completed within two days.

The repairing work was carried out by the Public Works Department (PWD).