“I will contribute for development more than when I was only the king of Manipur". 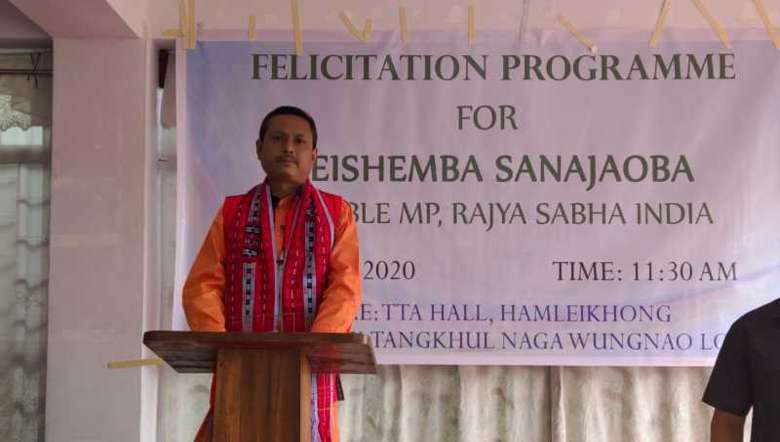 Sanajoba was speaking during his felicitation programme held at a community hall of Hamleikhong, Ukhrul district organised by Wungnao Long.

The MP said that after the death of the then king of Manipur Okendrajit, he succeeded the throne. “Since I became the king and prior to being elected as an MP, I faced many financial struggles and failed to fulfil any of my commitment made during functions organised at hill areas for its development for the last 25 years,” he stated.

“No financial support was provided to me despite being a king of Manipur for the last 25 years by the previous governments,” he added.

He further exuded confidence he can now fulfil some of the commitments he made in the last 25 years now that he has become an MP.

The MP assured that he will bring development in both hills and valley in the near future as he was elected as MP with the blessings from the people of hills and valley.

“I will contribute for development more than when I was only the king of Manipur,” he promised.