The call to institutionalise the honouring of ‘Liangtuang’ during Chagaa Ngee

The call is to honour the “blessed ones” and the “blessings” they bring in the most unique culture of our people. 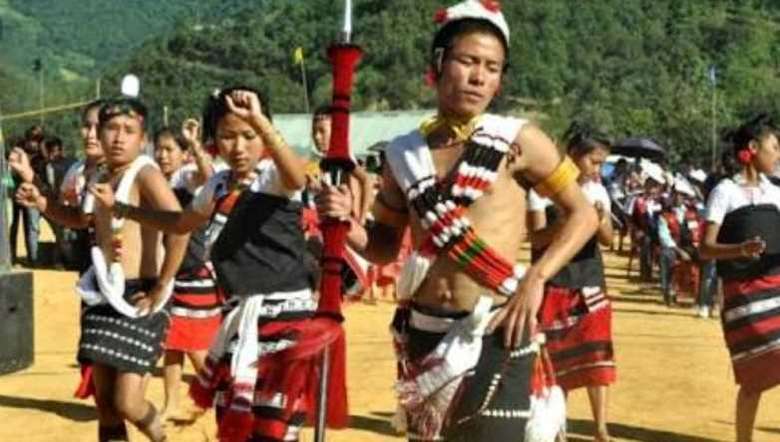 October is named as ChagaHiu, the month of Chagaa festival of the Liangmai tribe of the Zeliangrong community. This year, owing to the Covid-19 pandemic, it is very unlikely that there will be community celebrations of Chagaa Ngee. Nevertheless, I write this article to celebrate the spirit and the quintessence of Chagaa and how such a festival can help us recreate the beauty of the Nagas’ culture in our quest for modernisation moored properly in the cultural heritage of our forefathers.

One of the unique characteristics of the culture of the Nagas is that a ‘blessed or an accomplished person’ takes his blessed accomplishments or success as a ‘blessing’ to be used for the good of all and the wellbeing of the whole community. For example, among the Liangmai folks, there is a tradition of Tatankaletbo, an annual practice of competition such as long-jump, high-jump, shot-put, wrestling or race to determine who is the best and the strongest among the youth. In one such event, I happened to win in shot-put and my friend happened to be the best in long-jump. My dad along with my friend’s dad had to kill a Mithun and the meat was distributed equally to all the households. I was not able to understand how unlike in my college events where I was given lots of prizes for winning; as champions we had to sacrifice even beyond the killing of Mithun for the community. The oldest man of the village walked up to me, blessed me and took away my wrist watch! When I asked, what was that for, they said, “In the past, he would have taken away your ‘tasiini’—black beaded traditional wrap around/cloth—a practice known as “tani-goubo”. I was told by the elders that I would get back my wrist watch for which I have to labour one whole day in any assignment that the old man may choose for me as he wishes. So one fine evening, I was informed that I would have to do landscaping of his terraced field because that is what he found as the most difficult job. The next day, the old man fed me with food that he believed were the choicest items and I laboured for him from morning to evening in his field. The philosophy behind this practice they later on told me was that since I am one of the sturdiest among the youth, it was incumbent upon me to help out the oldest man of the village because my being the champion is also for the weakest among us. Even among the farmers, those who got the highest amount of paddy in a particular year have to offer a pig or Mithun, a practice known as “Chamiukengbo” and this practice is still prevalent even now in some places.

During my student days in JNU, Delhi,Gaan-Ngai festival was organised by the Zeliangrong community and there was some sort of competition for long-jump and shot-put again. I managed to win both the competitions and my friends congratulated me as ‘Liangtuang’ and it was not intelligible to me as to what was the significance of it. It was much later that I came to know the true meaning and the essence of what ‘Liangtuang’ stands for while writing a foreword to a book. "Liangtuang” is a selfless and altruistic sacrificial hero/champion of society whose accomplishment, feat/achievement or success is used for the protection, welfare and the good of the society. In the past, Liangtuang as the sharpest, strongest, wisest man of the village community used to do recce or reconnaissance of the village before women, children and the old folk could go out to do their daily chores to make sure that there no dangers lurking in the environment. Those were the days of head hunting among the tribal groups. Today the arena of war has shifted from head hunting to soul winning and competitions for getting jobs through examinations, etc. It is with this shift in our focus that the call to honour Liangtuang during the Chagaa Ngee becomes attractive and compelling.

It is imperative to first understand what Chagaa is all about. In its true essence, “ChagaaNgee”, is a festival of sanctification and purification of our hearts, mind, body and souls for a blessed and abundant life. I get this understanding from my encounters of conversations among the old folks. For instance, if someone averted a disaster from a deadly or near dead situation, the folk would say, “Aiyeah, nangranaphouchagaajuye!’— (Oh my God, you are too ‘blessed and lucky’ to be alive by surviving such a disastrous situation).  The other is that if someone is feasting with so much of food, wine or delicious stuffs for no clear occasions to celebrate, the folk would comment, “Nagutatiak wijude!nangrachagaabamjiu ma?” (Why are you indulging in such feasting with such ‘abundance’ of food or wine as if you are on Chagaa). So Chagaa Ngee is a festival of sanctifying or purifying ourselves for the next assignment during the head hunting days so that we will become successful and live a very blessed and abundant life. And in today’s context, as stated above, we are into soul winning and competition for getting through examinations to starting entrepreneurships so that our society too will live a blessed and abundant life. Accordingly, the concept of Liangtuang too has to take a paradigm shift from being the best/strongest in indigenous games and sports to being the best in any field of endeavours. So today’s Liangtuang could be anyone who has done well and made the community proud in any field.

Given the essence of Chagaa as enunciated above, I am of the opinion that the money we get for Chagaa Ngee also must be happily and willingly given without any demand or social pressure so that Chagaa Ngee is celebrated with a sanctity of its own in its true spirit. Honouring the Liangtuangs of our society during the Chagaa can help us to showcase ourselves as a unique people with Liangtuangs as the epitome of the ultimate beauty of our culture. The Liangmai Chagaa Ngee Committee in Shillong had initiated the practice of honouring Liangtuang during the Chagaa Ngee and this framework may be creatively adapted and institutionalized across different places as detailed below:

1. Anyone who brings laurels to the community by being successful in any field can be honoured as Liangtuang during Chagaa Ngee;

2. The Liangtuangs are given some time to talk on the secrets of their successes and to give some exhortation or advice to the community;

3. Penal discussions on the secrets of their successes and the way forward for the community by Liangtuangs followed by questions and answers can also be an option instead of (2).

4. The Liangtuangs are honoured with small gifts from Chagaa Ngee Committee and they in turn are expected to give cheerfully and willingly any amount of free will contribution towards Chagaa Ngee either during the Chagaa Ngee or for the next year’s Chagaa Ngee.

5. There is a special prayer for the Liangtuangs and for all members of the community across the globe to be sanctified / purified by Apou Charawang / Tingwang (Almighty God) for a ‘blessed and abundant life’. Chagaa can thus serve as a channel for promoting collective spirituality.

The modalities of how to honour the Liangtuangs can differ from place to place depending on the situations. But what must be very clear is that if we are to celebrate Chagaa Ngee to bring “blessed and abundant life”, the resource we generate for Chagaa Ngee must also be of clean and willing heart and mind. Honouring of Liangtuangs will help us to aspire for bigger feats and successes in many areas of our life as the sharing of thesecrets of their successes and their advice would go a long way in inspiring others to expand their horizons and increase our capacity to aspire. The call is to honour the “blessed ones” and the “blessings” they bring in the most unique culture of our people—the ones who honour do so without any pressure or demand, and the ‘honoured Liangtuangs’ to willingly and cheerfully reciprocate as selfless sacrificial heroes. Modernity is about negating the liabilities in our culture and tradition and the creative leveraging of the positive elements or practices in our culture. Since we cannot celebrate all of our forefather’s festivals, Chagaa Ngee in a sense is going to be a ‘festival of festivals’, and the community needs to creatively invent the wheels of our progress through such endeavours.