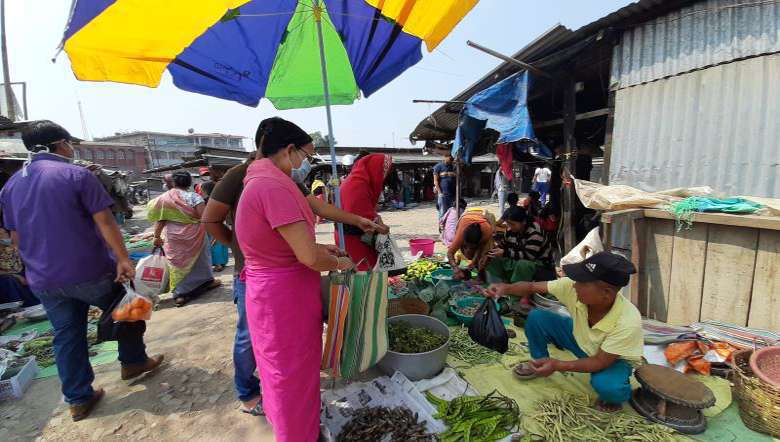 Prices of essential commodities in Imphal city have skyrocketed in the last few days since the massive landslide that occurred along Imphal-Dimapur road on National Highway-2 at Khongnem Thana in Senapati district on October 23.

It has been reported earlier in the paper that cracks at Khongnem Thana area began to appear on Friday last and landslide occurred later in the same evening. The landslide had caused a depression of land of almost 40-50 feet in length and 30 feet in depth. Due to the heavy landslide at NH-2, one of the main lifelines of Manipur has been cut off for the last few days.

Some local shopkeepers said that prices of essential items have been raised as an impact of the massive landslide.

Speaking to the Imphal Free Press, a shopkeeper at Palace Compound in Imphal said that he does not understand why the price of most essential commodities have skyrocketed within days after the landslide. The shopkeeper was told that the reason for the price hike might be due to the landslide and most of the goods vehicles are stranded along the National Highway-2. 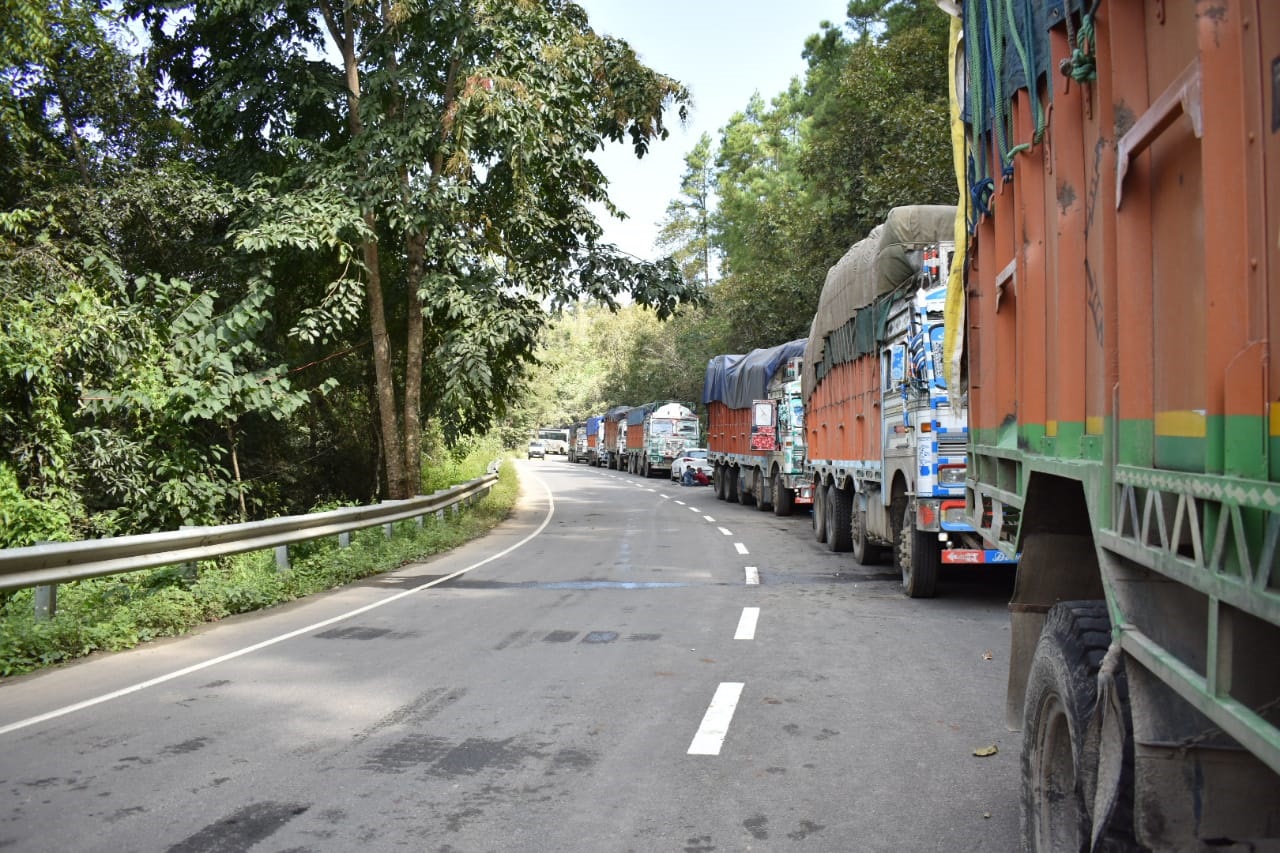 The shopkeeper said that price of onion has been hiked to Rs 90 to Rs 100 per kg since the last few days. Not only onions, but prices of potatoes, pulses and other eatables, including imported products from border town Moreh have been hiked.

Another shopkeeper of Khagempalli Nganappi Thong, Imphal West, Arun Khuraijam told IFP that price of onion started rising since the rumour of total lockdown a few days ago. And after the landslide, the price of most of the essential items have risen sky-high. He further said that some of the student organisations had conducted a drive against price hike of essential items but despite controlling the price, price of most essential commodities are nearly doubled.

Arun urged the government and authority concerned to monitor the present price hike done by taking advantage of the landslide.

The repairing works to reconnect the highway is being carried by Public Works Department (PWD), Manipur.

Speaking to the Imphal Free Press, AMRTDMWU general secretary Maimom Anil said that officials of PWD told him that renovation work of the highway is likely to be completed within two days. He said most of the vehicles stuck on the national highway are goods trucks. They have been stuck along the national highway at Khongnem Thana area since Sunday, he added.

He said that most of the transporters are running out of food after the road being cut off. As such, the union along with STHADWU distributed ration items and drinking water to about 300 stranded people, he said.

A team of All Manipur Students’ Union (AMSU) had conducted a drive at Khwairamband Market area on Friday to check price hike in the city. The drive was conducted to monitor the price hike amid COVID-19. The student body demanded the state government to fix an affordable price especially for essential items as people have been suffering due to COVID-19 crisis.

When this IFP reporter contacted AMSU volunteers over the phone, they said that there is no update after the drive conducted last Friday but AMSU has instructed the shopkeepers especially whole sellers to put a price list for each item in front of shops.