The recent cleaning of the roadside drains of the Imphal Municipal Corporation with support from the local clubs has greatly helped in keeping away rainwater from the streets. 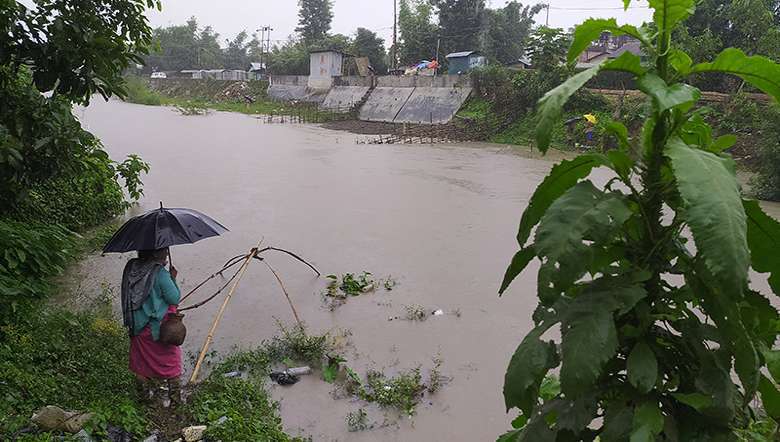 No, it is not because people in general have become more environment friendly or responsible in terms of solid waste disposal. Yes, the sustained campaign of the Environment and Climate Change Directorate to clean up the Nambul and awareness campaigns along with NGOs has finally paid off. Nambul River, the most important drainage of Imphal city is once again flowing freely. As a part of the Nambul River Project, the river was recently cleaned up even as Covid 19 was beginning to make its presence felt in the state. The project called ‘Rejuvenation and Conservation of Nambul River’ which aims at controlling pollution of the Nambul river by intercepting and treating urban waste originating in the stretch between Iroisemba and Heirangoithong through use of the water treatment plant at Mongsangei and Samushang was launched in March this year by Chief Minister N Biren Singh.

The Nambul River project was planned and conceptualized when he was the State Minister of Environment and Forests in 2004. And he makes it a point to remind officials and everyone of this issue whenever he makes an inspection of the site. The Directorate of Environment and Climate Change is implementing the Rs 97.72-crore project under the National River Conservation Plan of the Union Ministry of Environment, Forest and Climate Change, along with four other departments namely MAHUD, Water Resources, Public Health Engineering and State Pollution Control Board with a phase-wise targets in three years. The project plans to intercept urban waste through pipelines on both sides of the river. After cleaning the Nambul, the directorate had also started a campaign of planting trees on the river banks to keep it clean. We cannot deny the fact the disposal of waste material in the river by the general public have drastically reduced nowadays, as a result of the sustained campaign.

The most visible result seems to be the general absence of flash floods in Imphal area inspite of the incessant rains in the last one week. Also, the Uripok Kangchup Road and its lanes which usually flows like a river during incessant rains for two three days is now practically free of flash floods. Yes, the recent cleaning of the roadside drains of the Imphal Municipal Corporation with support from the local clubs has greatly helped in keeping away rainwater from the streets. The covers of the drains were pulled out and years of debris and solid waste mostly non-degradable waste like plastic bottles and bags cleared out, much to the anguish of roadside landowners. As one passes through Uripok road, the mounds of debris piled up on the roadside would be there for all to see. It is said, the chief minister on one of his visits to RIMS had observed water flowing freely on the Uripok Road and almost immediately pulled up IMC officials which led to the drain clean-up operation. We did raise this issue of clogged drains and the need for preparations in case of heavy downpour in one of the editorial opinions.

Fifty years ago, the drains on both sides of the major roads were about three-five metres, and in the lanes one-two metres and flash floods were virtually unknown in those days. And the width and depth of the drains on the main roads and lanes has been greatly reduced. For main roads, the width of the roadside drains have been reduced to one metre with a depth of one metre while that of the drains in lanes to one and half feet. The narrow and shallow drains with covers coupled with the change in the character of garbage have clogged the drains. A major waste material which stands out in present times is plastic wrappers, bottles big and small, and other non-degradable items. As the drains are mostly covered, there is practically no hope of daily maintenance by any concerned citizen.