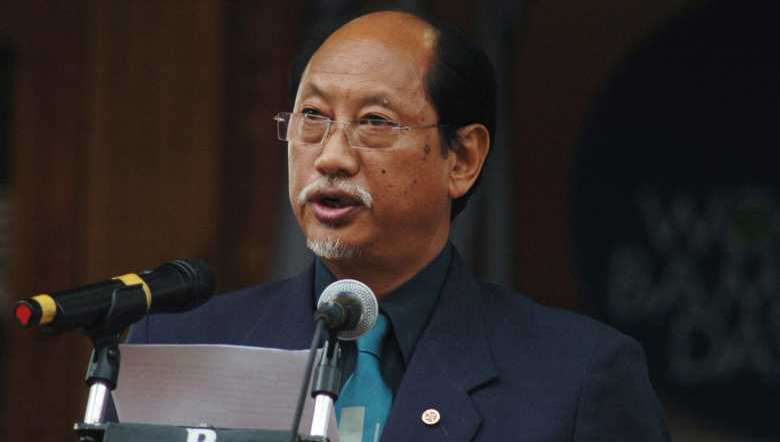 Nagaland Chief Minister Neiphiu Rio has said that his government has approached the Centre for an early solution to the prolonged Naga political issue and the latter is working hard to resolve it at the earliest.

The chief minister was addressing an election rally in Kohima district on Saturday night. Two assembly constituency namely 14-Southern Angami-I and 60-Pungro Kiphire will go for by-polls on November 3.

Rio said that the Naga people also desire peace and unity through a permanent solution to enable development and opening up of avenues for youths. Keeping in mind the aspiration of the people, the state government has also approached Prime Minister Narendra Modi and Union Home Minister Amit Shah for an early solution to the problem.

Informing that his government is holding several round of discussions with Naga groups to hammer out an early solution, Rio urged them not to indulge in wrongful activities. As the Centre has accepted that the "Naga issue is not a law and order problem but a political", talks are being held to resolve it, he said.

Rio asserted that talks are in the "final stage", except for the NSCN (I-M) demand for a separate flag and Constitution. He said that the central government is trying to find out ways constitutionally to allow Nagas to use a separate flag.

With regards to the issue of Naga constitution (Yezahbo), Rio said the Article 371(A) of the Constitution grants special provisions, but to frame a separate constitution for the Nagas, a committee would be set up.

Poingting out the the need to upgrade the 16-Point Agreement, signed between the Naga People's Convention (NPC) and the government of India in 1960, Rio suggested increasing the number of its seats in Parliament and in the state assembly.

The Nagaland chief minister said the recent consultative meeting on the Naga issue organised by the state government in Kohima has resolved for “one solution” for all the Nagas.

Rio also informed that the state government will go ahead with the implementation of the delimitation exercise so that justice would be delivered to the electorates for equal representation in the state assembly.