There is no right for a state MLA to raise question against any activity of an MP that belongs to union list. MLA, Langthabal had expressed 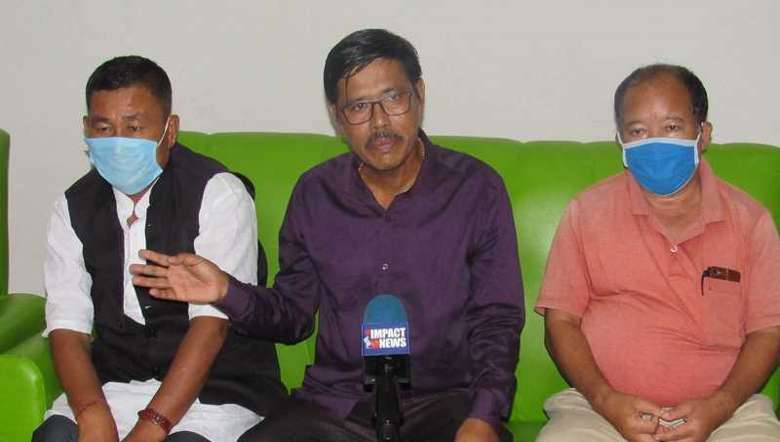 Speaking to the media at his residence at Keibung Maibam Leikai, Imphal West, Blacky pointed out that there are union list, state list and concurrent list in the Indian constitution. There is no right for a state MLA to raise question against any activity of an MP that belongs to union list. MLA, Langthabal had expressed earlier during an occasion that an MP should remain as MP, said Blacky.

During a Lok Sabha session, MP of the state, RK Ranjan raised the issue regarding proper accommodation of ration for Manipur. It is his right that he can seek information from the parliament house, he said.

He further stated that former minister of consumers affairs food and public distribution (CAF and PF), K Shyam told during an occasion that he cannot provide ration items at government subsidised rate as there is shortage in budget allocated. Blacky said that Shyam might have been removed from the minister post as he is not able to manage the budget for his concerned department.

Blacky maintained that there were controversial instances wherein one two-wheeler vehicle was found while importing rice to Manipur from Dimapur during Shyam’s ministership. In addition to that, there were issues which were discussed on Manipur Legislative Assembly floor that a transport truck delivered rice from FCS godown to Pherzawl district two times in one day, he recalled.

Langthabal AC MLA K Shyam claimed that he did not obstruct in developmental works of the constituency. However, Blacky alleged that workers and the former minister himself obstruct the renovation work of Naorem Leikai road along with Naorem Leikai Amujao road by BJP Langthabal Mandal.

The workers stopped the renovation work claiming that it should be carried out by the minister and if any outsiders from the constituency carried such works then it would affect the privilege of Shyam, he added.

Blacky as a representative of Langthabal BJP Mandal expressed his gratitude towards N Biren for taking the step to remove K Shyam, who allegedly do not have the knowledge to manage budget, from the post of minister.