The water level of Imphal River, Nambul River and Nambol River are fast swelling owing to incessant rainfall in most parts of Manipur. 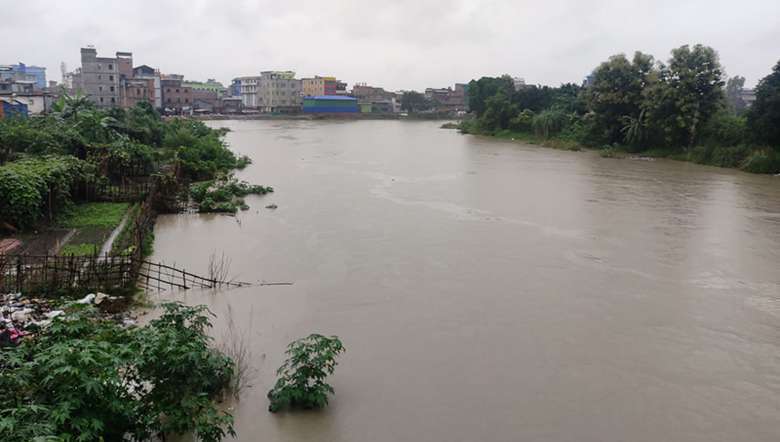 Water levels of major rivers in Imphal valley rose above the warning level on Friday owing to the incessant rainfall received in most parts of Manipur since Thursday evening.

According to information received from the control room of Irrigation and Flood Control department, the water levels of three rivers have risen above the warning level. They are Imphal River, Nambul River and Nambol River. The water levels of the rivers, however, is yet to reach the danger level mark, it said. 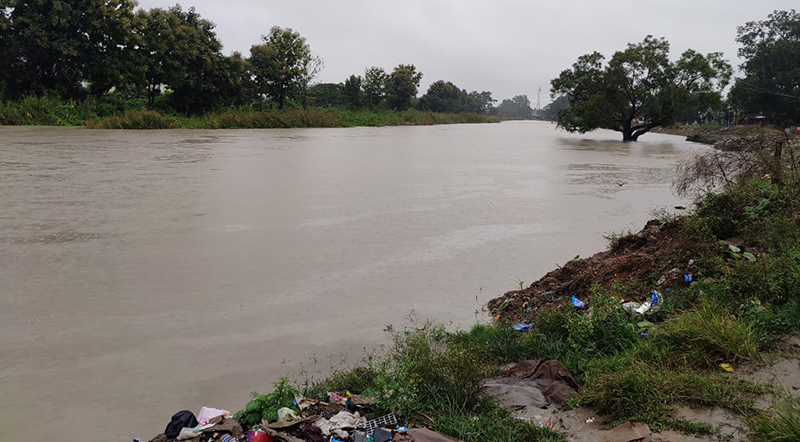 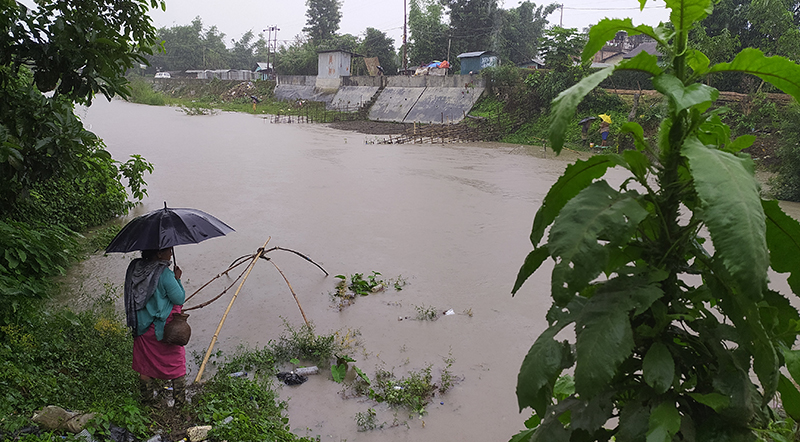 The department said that the high rise in river water level is due to the incessant rainfall since Thursday evening. It further said that the rainfall level of 48 mm at Kangpokpi, Saikul with 15 mm, Litan with 18 mm, Raj Bhavan with 8mm, Lamphel with 9mm and Jiribam 19.4 mm was noted. This rainfall record is from yesterday's 5 pm till today's morning 5 am. The present rainfall hasn't reach the level to cause heavy flood yet, it said,.

As a precautionary measure to reduce downstream water level of some rivers, gate number 3 of Ithai Barrage is fully opened while gate number 2 and 4 were open partially at the level of 1.5 m and 2 m respectively. On the other hand, gate number 1 and 5 were fully closed, the department informed.

Despite heavy rain people continue to come out and try their luck to catch some fish.

Meanwhile, a release issued from directorate of Information and Public Relation said that continuous rainfall for the last few days at most places of Manipur have led to the increase of water level of most rivers at ‘Warning Level’.

As a control measure, director of Relief and Disaster Management, Manipur has opened a toll free telephone number 1070 (can call from all networks except JIO) as standard disaster helpline in the State Emergency Operation Centre (SEOC) of the office. Telephone number 0385-2442441 is also available, the RDM said.