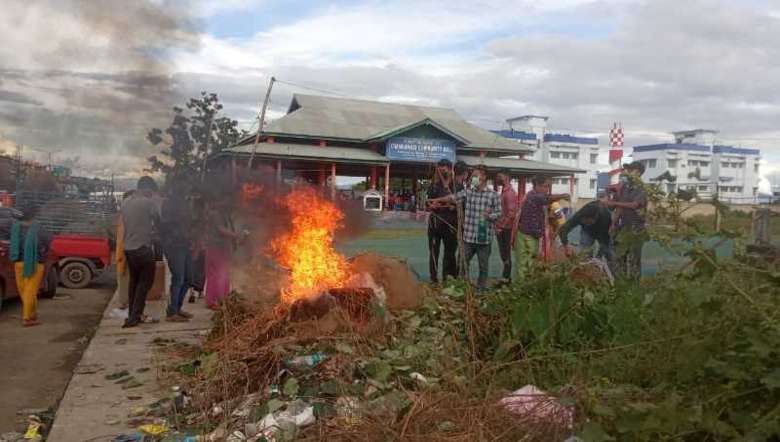 National Identity Protection Committee (NIPCO) president Th Manihar has appealed to the government to take necessary steps to stop the business of tobacco products and anything which can be taken with tobacco in the state.

While speaking to the media near Changangei Kabui Khul, the NIPCO president said that 20 bags of betel leaves were seized at the arrival gate of Imphal Airport from two vehicles by a team of NIPCO volunteers at 2 pm on Wednesday.

He continued that while the state is still lacking of COVID-19 testing kits, medicines and other essential items, a large scale business of betel leaves is going on in the state, he added.

He further appealed to the government to talk with the airport authority to ban transporting of tobacco products and betel leaves in the state.