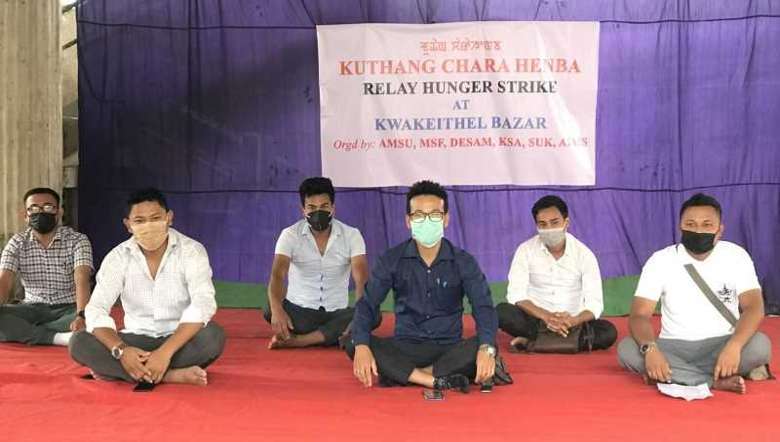 Student bodies in Manipur on relay hunger strike in Imphal on 21,10,.20 (PHOTO: IFP)

Members of six student bodies of Manipur launched a relay hunger strike against the government's inaction to their proposal of implementing an effective policy to combat the COVID-19 pandemic at Kwakeithel, Imphal Wednesday.

On Monday, the students bodies submitted a 12-point proposal to the state government including appointment of full time medical minister, establishing a 500-bedded COVID hospital, making treatment facility of non-COVID patients available at JNIMS and RIMS, to recruit 100 doctors and nurses among others, said a student who took part in the protest.

Demanding the government to translate the proposal into action, the six student bodies have staged sit-in protests on Monday and Tuesday. "As the government remains a mute spectator, we have launched the relay hunger strike," added the student.

He also warned of intensifying the protests if the government fails to give any positive response to their demands in the near future.